AMNESTY….LA RAZA IS PRINTING OUT FRAUD I.D.s BY THE MILLIONS.
"They hauled them down to the border," Sakuma said. "Three days later, they were standing in our office, but they had a different name and a different Social Security number."
http://mexicanoccupation.blogspot.com/2013/04/here-come-la-raza-hordes-for-our-jobs.html

They were here one day, gone the next. More than 1 million people have been deported since 2008 in one of the largest forced migrations in U.S. history. For many, the countries of their birth have never been and will never be home.
The Los Angeles Times followed some of these people beyond the border to find out what happened to them and their families.
By Richard Marosi :: Photography by Don Bartletti 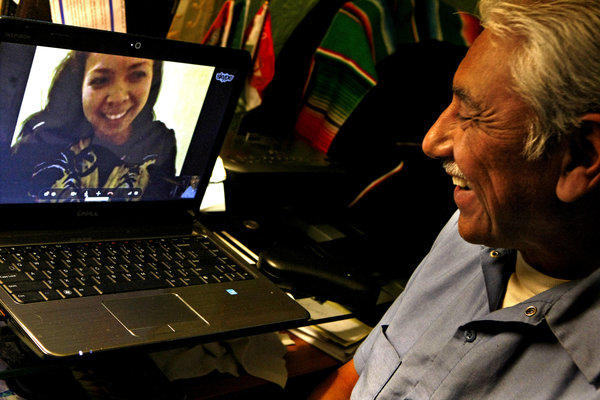 Heather Mac Donald: White House doesn't want to enforce immigration
more at this link – post on your Facebook and email broadcast
http://mexicanoccupation.blogspot.com/2013/06/obamas-secret-amnesty-hoax-surrender-of.html
are you still being conned by Obama?

THE SABOTAGE of the AMERICAN BORDERS by PRESIDENT OBAMA to BUILD THE LA RAZA DEM PARTY BASE of ILLEGALS and DESTROY the GOP WITH AMNESTY for 40 MILLION NEW UNREGISTERED DEMS
Byron York: What is the real number of illegal border crossings?
more at this link – post on your Facebook and email broadcast

http://mexicanoccupation.blogspot.com/2013/05/the-sabotage-of-american-borders-by.html
CONTEMPT FOR OUR LAWS AND BORDERS
SABOTAGE OF AMERICAN BORDERS WITH NARCOMEX, SABOTAGE OF E-VERIFY TO EASE MORE ILLEGALS INTO OUR JOBS, NON-EXISTENT ENFORCEMENT OF LAWS PROHIBITING THE EMPLOYMENT OF ILLEGALS, BILLIONS IN WELFARE HANDED TO LA RAZA ILLEGALS, BILLIONS OF TAX FRAUD RETURNS  HANDED TO LA RAZA, SABOTAGE OF AMERICA’S VOTING TO EASE MORE ILLEGALS WITHOUT NON-FRAUD IDENTITY INTO OUR VOTING BOOTHS, TWO LA RAZA SUPREMACIST SEC. OF LABOR, AND ONLY ADVOCATES OF OPEN BORDERS IN  HOMELAND SECURITY and AMERICAN TAX DOLLARS USED TO FUND THE MEXICAN FASCIST PARTY of LA RAZA “THE RACE”…. Is Obama sabotaging American sovereignty as he hispanders for the illegals’ votes???

can be trusted to enforce our laws, and it’s going

to be difficult to move any immigration legislation

until that changes,” Boehner said in a prepared

statement opening his weekly press conference.
BUILDING THE LA RAZA (unregistered dems) MEXICAN WELFARE STATE OFF OUR BACKS…
OBAMA’S ENDLESS SABOTAGE OF AMERICAN HOMELAND SECURITY, BORDERS AND LAWS FOR THE INVADING MEXICANS!
http://mexicanoccupation.blogspot.com/2013/12/the-obama-sabotage-of-homeland-security.html
on-deportation rate drops — to 99.2 percent
By Stephen Dinan
Saturday, May 18, 2013
The Homeland Security Department has granted legal status to 99.2 percent of all illegal immigrants who have applied under President Obama's new non-deportation policy for young adults, according to the latest numbers released Friday.
more at this link – post on your Facebook and email broadcast

While the Obama Administration halts deportations to work on its secret amnesty plan, hospitals across the U.S. are getting stuck with the exorbitant tab of medically treating illegal immigrants and some are finally demanding compensation from the federal government

MEXICAN CONSULATES – HEADQUARTERS FOR THE MEXICAN FASCIST PARTY of LA RAZA “THE RACE” INSTRUCTS CRIMINAL ILLEGALS ON LOOTING AMERICANS… but then it’s by invitation of the DEMOCRAT PARTY!  …. these same illegals already get our jobs!

Posted by The Mexican Invasion & Occupation at 8:19 AM