MUSLIMS THREATEN TO KILL THE QUEEN AND PRINCE GEORGE

Once a Muslim, ALWAYS a murderer!

Islamic State jihadists posted a threat to the future King’s safety on the encrypted messaging app Telegram saying, “even the royal family will not be left alone” along with a picture of the prince’s school in London.

The extremists also said, “school starts early” alongside the picture of Thomas’s, Battersea, which the four-year-old prince has been attending since the start of the school year. Included in the picture is a verse from a radical Islamic song in Arabic that reads: “When war comes with the melody of bullets, we descend on disbelief, desiring retaliation,” the Daily Mail reports.
Internet surveillance company Sixgill head Barry Spielman said the threats should not be brushed off by authorities. “This threat to Prince George is chilling. We have also seen evidence terrorists are planning a strike at the World Cup in Russia,” he said.
“These are very worrying times and it is critical we try to uncover these plots. Telegram is where many of them are being hatched as we speak,” he added.
The threat is not the first time the Islamic State has targetted the royal family for acts of violence. In 2015, the terrorist group allegedly plotted to kill the Queen by bombing a public appearance to mark the formal end of World War Two. 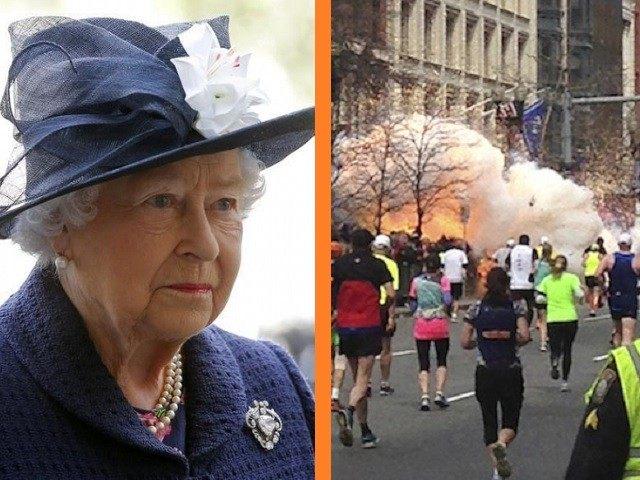 Twitter Ads info and privacy
The device the terrorists were plotting to use was described as being similar to the pressure cooker bombs used by the Tsarnaev brothers when they bombed the Boston Marathon in 2013.
As Islamic State has continued to lose territory to the Iraqis, Syrians, Kurds, and other forces, many foreign fighters have begun to return to their own countries. The influx of jihadis has caused the ranks of violent extremists in many European countries to swell, including in the UK where some estimate the total number to be as high as 23,000 individuals.


Europe falls to the Muslims as America did to the invading Mexicans!

MUSLIMS ARE DOING TO EUROPE WHAT MEXICANS  HAVE DONE

TO AMERICA....JUMP THE BORDERS , BREED ANCHOR BABIES FOR


FROM THE FIRST DAY OF HIS FIRST TERM, BARACK OBAMA AND ERIC HOLDER HAD COMMENCED BUILDING A MUSLIM-STYLE DICTATORSHIP FUNDED BY CRONY BANKSTERS AND MEXICO.

“Obama’s new home in Washington has been described as the “nerve center” of the anti-Trump opposition. Former attorney general Eric Holder has said that Obama is “ready to roll” and has aligned himself with the “resistance.” Former high-level Obama campaign staffers now work with a variety of  groups organizing direct action against Trump’s initiatives. “Resistance School,” for example, features lectures by former campaign executive Sara El-Amine, author of the Obama Organizing .”

UNDERSTANDING THE MUSLIM BARBARIANS…. They live to hate, kill and rape.

http://mexicanoccupation.blogspot.com/2017/09/understanding-muslim-barbarians-and.html
Posted by The Mexican Invasion & Occupation at 7:16 AM