THOMAS LIFSON - I'M NOT CELEBRATING DIVERSITY VISAS..... BUT WHO IS CELEBRATING AMERICANS (LEGALS) OVER THE FOREIGN INVADERS? NO ONE IN WASHINGTON!

Does America owe everyone in the world a lottery ticket chance to gain entry to our homeland? Sayfullo Saipov, the jihadi who mowed down bikers and pedestrians in New York City, shouting &ldquo;Allahu akbar!&rdquo; (&ldquo;Allah is supreme!&rdquo;) b...

By Thomas Lifson
Does America owe everyone in the world a lottery ticket chance to gain entry to our homeland? Sayfullo Saipov, the jihadi who mowed down bikers and pedestrians in New York City, shouting “Allahu akbar!” (“Allah is supreme!”) before being shot and captured, was in this country thanks to the Diversity Visa Process that operates as if our first duty is to make sure everyone has a shot at immigrating here, instead of picking who will benefit Americans. The State Department instructs applicants (as Saipov was years ago):

Section 203(c) of the Immigration and Nationality Act (INA) provides for a class of immigrants known as “diversity immigrants,” from countries with historically low rates of immigration to the United States. A limited number of visas are available each fiscal year. The DVs are distributed among six geographic regions and no single country may receive more than seven percent of the available DVs in any one year.

This program blindly prefers ethnic fragmentation (aka, diversity).  There is zero weight placed on benefit to Americans.  Let public schools try to find teachers who can instruct students in languages like Khmer, Turkish, and Sinhala (languages in which it is possible to apply for diversity visas) and  It is the opposite of President Trump’s injunction of “America first,” and unsurprisingly President Trump has proposed ending it.
Neil Munro wrote on August 2:

President Donald Trump today joined with two GOP Senators to introduce his merit-based immigration reform, which is designed to help millions of Americans hurt by the nation’s current cheap-labor immigration policies.
The RAISE Act “will reduce poverty, increase wages and save taxpayers billions and billions of dollars,” Trump told reporters in the Roosevelt Room of the White House. “This legislation demonstrates our compassion for struggling American families who deserve an immigration system that puts their needs first, and that puts America first.”
The current immigration system, said Trump:
has placed substantial pressure on American workers, taxpayers and community resources, and among those hit the hardest … are minority workers competing for jobs against brand new arrivals. It has not been fair to our people, to our citizens, to our workers … [this RAISE act] will give Americans a pay raise by reducing immigration… [and] it will restore the sacred bonds of trust between America and its citizens. (snip)
The bill was drafted and is being pushed by Georgia Sen. David Perdue and Arkansas Sen. Tom Cotton. (snip)
Each year, only one-in-15 of the 1 million green card immigrants is accepted because of their ability to grow the economy, said Cotton.
“It is imperative that our immigration system focuses on high skilled workers who can add value to our economy and ultimately achieve their own version of the American dream,” said Perdue.

Center for Immigration Studies National Security Policy Director Janice Kephart testified before Congress about the security risks associated with the visa program.
“The Diversity Visa Program is an unfortunate blind spot in our immigration system that has outlived whatever purpose it might have had,” Kephart explained in her testimony in 2011. “The applicants for these 50,000 ‘visa lottery’ immigration slots require few skills. Neither their qualifications nor identity can be properly vetted. The program does not know, really, who these applicants are or their true purpose in coming to the United States. The program is a national security vulnerability and has been used by terrorists and organized criminals to not only enter the United States but to bring others in as well.”

Saipov’s horror may at last spur long overdue reform of our visa system.  Let the foes of President Trump argue that the most important thing is to be fair to foreigners and make sure we have given everyone a random chance of coming into this country to live, instead of choosing people with skills we need, who will not become a burden on the taxpayers, but will rather contribute to our welfare. Or, in a tiny but lethal percentage of sharia-believing Muslims, inflict horrific terror upon us.

Tuesday on Fox News Channel’s “The Ingraham Angle,” host Laura Ingraham responded to the apparent terrorist attack in New York City earlier in the day by making a plea for elected officials to keep the country safe.
Ingraham attributed President Donald Trump’s election win a year ago to his “no-nonsense pragmatism” in this area and called on others in public office to follow suit.
“President Trump was elected in part, in large part, because voters appreciated his no-nonsense pragmatism on issues like homeland security and immigration. Although we can’t stop all terror attacks in the United States, the safety of the American people demand that we do what we can to stop those attacks that are preventable. 9/11 should have made it obvious to everyone that Islam has a hideous radicalization problem. Donald Trump put the onus on Muslim leaders first foreign trip to put their houses in order and reform from within. Here at home, we should not lose one more American life because politicians don’t have the nerve or the will to do what’s necessary to secure the homeland. Our safety is their primary responsibility.

ASK YOURSELF WHY THESE FILTHY POLITICIANS ARE HELL

BENT ON KEEPING OUR BORDERS OPEN TO EVERY MEXICAN

OR MUSLIM CRIMINAL THAT STALKS THE EARTH!

UNDERSTANDING THE MUSLIM BARBARIANS…. They live to hate, kill and rape.

Once a Muslim, ALWAYS a murderer!
http://mexicanoccupation.blogspot.com/2017/07/once-muslim-always-murderer-imam-ammar.html

Praise be to Allah the great fornicating dog!

collected from a children’s home, drugged with cocaine and mephedrone,

and raped by up to seven men at so-called “sessions”, or sex parties, held by

The diversity visa program was created in 1990 by then-Rep. Schumer in response to Irish lobbies in his New York district. Twenty-seven years later, it annually awards 50,000 visas by annual lottery to entrants from around the world, ensuring a cascade of subsequent chain-migrants.
An August poll shows that only one-in-six Americans strongly favors the program, despite much political and media pressure to welcome migrants. Politico and Morning Consult conducted the poll of 1,992 registered voters, which showed:

Other polls show that the public strongly opposes elements of the program which offers green cards to people with few skills, little earning ability and little ability to assimilate into the United States’ non-Islamic society.
President Donald Trump and several GOP legislators, including Georgia Sen David Perdue and Arkansas Sen. Tom Cotton, has called for the diversity visa program to be ended. But the program is praised by progressives for imposing variety on Americans’ civic society. According to a progressive website, Qz.com:

Supporters believe the DV program, despite its relatively small size is essential in keeping the US a truly multicultural society by providing an opportunity for people from communities that aren’t largely represented in recent immigration flows to have a shot at America.

Schumer’s diversity visa plan was included in the House-approved “Family Unity and Employment Opportunity Immigration Act of 1990” when it was combined with a proposal by a Democratic from Boston. The resulting “Schumer visa” measure was included in the completed Immigration Act of 1990, which also raised the annual inflow of legal immigrants up from 500,000 up to 700,000. The bill was signed by then-President George H.W. Bush.
The diversity visa program offers green cards to 50,000 lottery applicants each year. Lottery winners undergo a State Department interview and health check, and can then bring their spouses and minor children to the United States and get them on a five-year track to citizenship.
Once a winner and a spouse become citizens, they can import their parents, their in-laws and their children, plus the parents of their in-laws, such as the winner’s spouse’s sister’s husband’s parents. In turn, the relatives can later become citizens and import their relatives. The chain-migration process does not set any skill tests for admission, and so delivers a growing flow of unskilled and uneducated — and often ill, elderly and retired migrants — to the nation’s extensive welfare system. 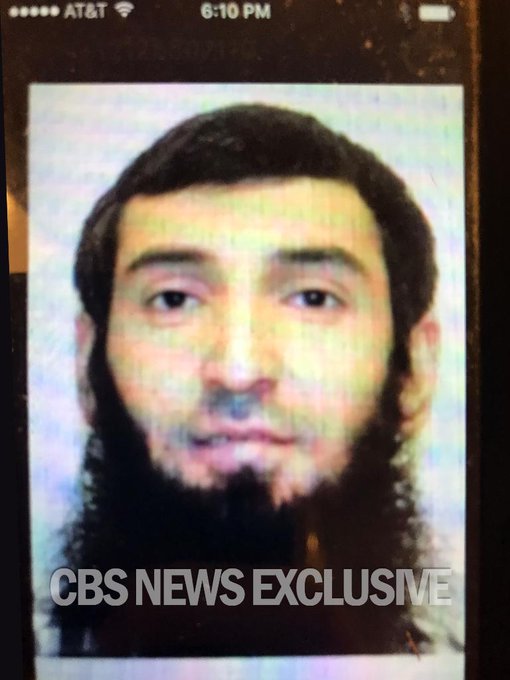 One of the Schumer-visa winners was Sayfulloh Saipov, an immigrant from Uzbekistan or neighboring Kyrgyzstan, who got his green card in 2010. He is reportedly the driver who killed eight New Yorkers — likely all of whom were Schumer’s constituents — by hitting them with a rented truck.


Europe falls to the Muslims as America did to the invading Mexicans!

MUSLIMS ARE DOING TO EUROPE WHAT MEXICANS  HAVE DONE

TO AMERICA....JUMP THE BORDERS , BREED ANCHOR BABIES FOR

Posted by The Mexican Invasion & Occupation at 8:34 AM