TRUMP WAS NEVER GOING TO BUILD THE WALL….after all he hires ILLEGALS to tend to SWAMP PALACE at Mar-a-lago!

CUT LA RAZA’S WELFARE AND FIND THE FUNDS TO BUILD THE WALL AGAINST THE LA RAZA HEROIN CARTELS!

THE WAR ON AMERICA’S MIDDLE-CLASS waged by D.C., U.S. Chamber of Commerce, the La Raza Fascist Party and Mexico!
http://mexicanoccupation.blogspot.com/2017/11/neil-munro-la-raza-supremacy-democrat.html

The Washington-imposed economic policy of mass-immigration floods the market with foreign labor and spikes profits and Wall Street values by cutting salaries for manual and skilled labor offered by blue-collar and white-collar employees. It also drives up real estate prices, widens wealth-gaps, reduces high-tech investment, increases state and local tax burdens, hurts kids’ schools and college education, pushes Americans away from high-tech careers, and sidelines at least 5 million marginalized Americans and their families, including many who are now struggling with OPIOID ADDICTIONS opioid addictions. NEIL MUNRO

THE STAGGERING COST OF THE WELFARE STATE MEXICO AND THE LA RAZA SUPREMACY DEMOCRAT PARTY HAVE BUILT BORDER to OPEN BORDER’
http://mexicanoccupation.blogspot.com/2017/10/spencer-p-morrison-devastating-cost-of.html
According to the Federation for American Immigration Reform’s 2017 report, illegal immigrants, and their children, cost American taxpayers a net $116 billion annually -- roughly $7,000 per alien annually. While high, this number is not an outlier: a recent study by the Heritage Foundation found that low-skilled immigrants (including those here illegally) cost Americans trillions over the course of their lifetimes, and a study from the National Economics Editorial found that illegal immigration costs America over $140 billion annually. As it stands, illegal immigrants are a massive burden on American taxpayers.

President Donald Trump's luxury Mar-a-Lago
club is asking the government to to approve its
hiring of 40 additional foreign workers to wait
tables at what Trump calls the 'Winter White
House.'
The foreigners need not meet any educational
requirement, according to a document the club
filed with the Labor Department on July 5th.
Trump's club, which charges members
$200,000, and where the president golfs
frequently while crashing the occasional
wedding, said it will pay a minimum of $12.68
per hour.
The request brings the total of foreign
workers sought or hired by Trump's club to 480
since his June 2015 campaign
launch, BuzzFeed reported. 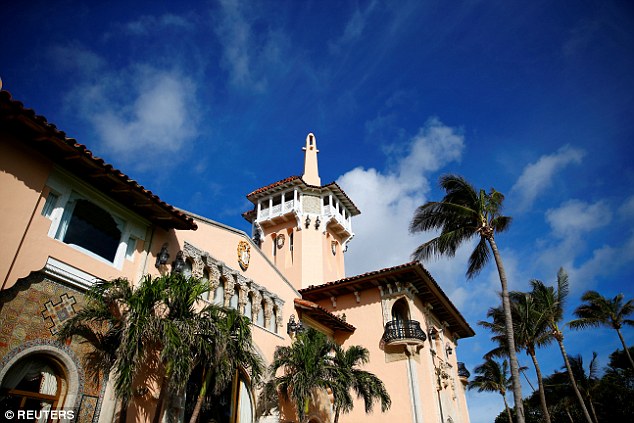 +3
HELP WANTED: President Donald Trump's Mar-a-Lago estate is seen in Palm Beach, Florida, U.S., November 23, 2017. The club is seeking foreign workers to wait tables
According tot the form, the overtime is possible for the servers, 'but not guaranteed.'
'Raises and/or bonuses may be offered to any worker in the specified occupation at the company's sole discretion based on individual factors, including work performance, skill or tenure,' according to the application.
On Friday, the nation's unemployment rate ticked up to 4 per cent, a level that has some businesses that rely on skilled workers scratching for applicants. 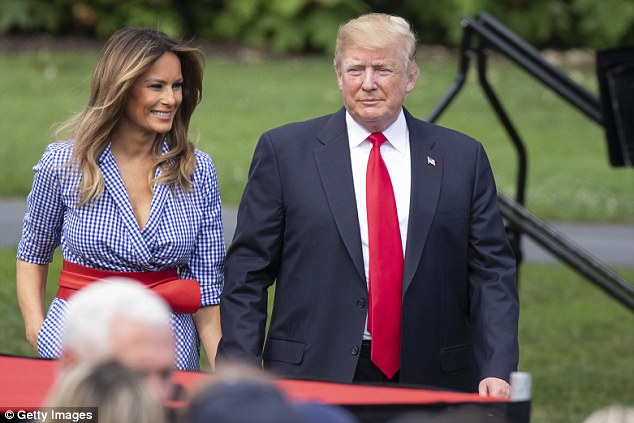 +3
HAPPY BIRTHDAY, AMERICA! President Donald Trump and first lady Melania Trump walk on the South Lawn of the White House prior to greeting guests during a picnic for military families on at the White House on July 4, 2018 in Washington, DC. His hotel sought a foreign worker visas the following day 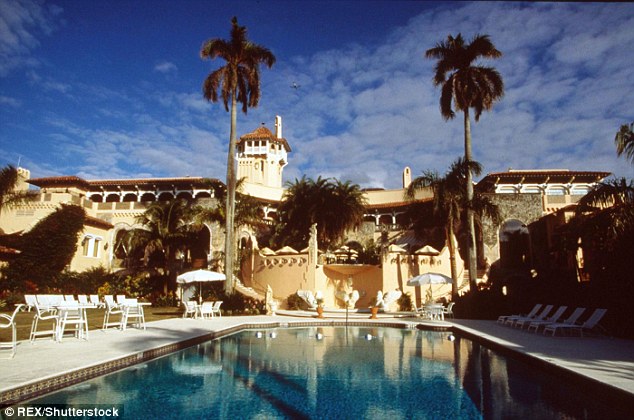 +3
TALENT POOL: The foreign workers need not have any educational requirements, according to a form the club filed with the government
Trump, who ran on the 'America First' campaign slogan, defended the practice of hiring temporary foreign workers, saying, it is 'very very hard to get help.'
Trump has maintained his ownership of the Trump Organization, although the firm is being run by his two adult sons and an executive.
The West Palm Beach club is relying on H-2 visas, which allow employers to bring in guest workers if they can demonstrate there are no qualified U.S. applicants.
Trump on Thursday held another 'Make America Great Again' rally in Montana, where he blasted illegal immigration. He has slammed U.S. companies for offshoring U.S. jobs.
Trump talks border security during South Carolina rally

“It will more likely come on the heels of economic dislocation and dwindling wealth to redistribute.”

"The kind of people needed for violent change these days are living in off-the-grid rural compounds, or the “gangster paradise” where the businesses of

drugs, guns, and prostitution are much more lucrative than “transforming”

*
There can be no resolution to any social problem confronting the population in the United States and internationally outside of a frontal assault on the wealth of the financial elite.
*
The political system is controlled by this social layer, which uses a portion of its economic plunder to bribe politicians and government officials, whether Democratic or Republican.