BETO "BETOMATIC" O'ROURKE - THE SMUG, SMARMY, TOILET-MOUTHED, BAD DRIVING, MASS MURDER FANTASIZING BILLIONAIRE FOR WIDER OPEN BORDERS HAS BEEN ENDORSED BY MEXICO.... The like the smell of his corruption!

Beto makes a fool of himself again, and the Houston Chronicle accidentally reveals it

We need you, Beto, because Texas badly needs that other view of the world, those differing opinions. You've brought us closer to having real, competing parties than any other candidate has, and than any candidate on our radar could.
Would you beat John Cornyn, who is seeking his fourth term? It wouldn't be easy. You'd have to fight for it, and do better than you did against Cruz. But a lot has changed since 2018 — you had a lot to do with that — and Trump is no longer rock-solid in Texas. Neither are the Republicans who support him.
Imagine the effect you could have on our state. Ideas get sharper when they're challenged, when points of view clash. We think Texas will get smarter, and its politics more sophisticated, if campaigns here were a true test of ideas, not one-sided races set to autopilot.

Texas will get "smarter" with a guy like that instead of Cornyn?
They cite this statement as an example of Beto's smarts:

Something like that happened last Sunday with O'Rourke, when a news reporter asked O'Rourke whether he felt there was anything President Trump could do to cool the atmosphere of hate toward immigrants.
"Um, what do you think?"  responded bluntly. "You know the s‑‑‑ he's been saying. He's been calling Mexican immigrants rapists and criminals. I don't know. … Like, members of the press — what the f‑‑‑? It's these questions that you know the answers to ..."

Such deep, deep, humanity and authenticity, they argue.  Beto, see, is deep.
Actually, Beto is dumb.  Sitting on a pile of $80 million in unspent campaign donations and just about zero support in the polls, O'Rourke could probably do better if he ran for a Texas Senate seat instead, quite possibly toppling the beloved Senator Cornyn.  That's common sense, and that's what the Chronicle urged.
Even if we don't want that, politically, from Beto's point of view, it does make sense.  A few days ago, elections ace Sean Trende, a credible source, wrote at RealClearPolitics that Texas could very well flip blue come November 2020.  He wrote:

Could a Democrat really win in 2020? It seems a stretch, but remember that Mitt Romney won Texas by 16 points, Donald Trump won by nine, and Cruz won by just three. These are not good trendlines for the GOP. States do shift their partisanship quickly at times. George H.W. Bush won New Hampshire by 26 points in 1988 and New Jersey by 14; in 1996 New Jersey went for Clinton by 18 points, while New Hampshire was a 10-point Clinton win. That same year, West Virginia was a 15-point Clinton win; eight years later George W. Bush won it by 13.
We might write off 2018 to the bad GOP year and Cruz's unpopularity. But that requires ignoring some substantial evidence to the contrary. One has to ignore that John McCain won the state by double digits in a 2008 environment that was probably even worse for the GOP than 2018, while John Cornyn won re-election against a hyped Democratic opponent handily.

The Houston Chronicle probably read that, too, and could see the opportunity there.  These people aren't politically dumb, and so they made their plea.
But there's no sign Beto has read anything.  Running for Senate and toppling a popular incumbent, see, is hard work.  Based on Beto's gibberish quote so marveled at by the Chronicle, no Texan, Democrat or otherwise, should bet the ranch that Beto is up to that politically intelligent (even if we don't agree with it) idea.  If Beto were up to it, he would have swiftly read the writing on the wall and made his move quite a bit sooner.  But there's that debate, that debate, coming this September.  He really wants the soapbox of that debate.  He wants to talk and spew inchoate ravings instead, even though he knows he's not rising in the polls for it.
Beto, recall, is really this guy, described by Margaret Carlson, in what's my favorite passage about him:

According to my unscientific poll asking every woman I see, Beto reminds them of the worst boyfriend they ever had: self-involved, convinced of his own charm, chronically late if he shows up at all, worth a meal or two but definitely not marriage material. When he should be home with the kids or taking out the trash, he's jamming with his garage band or skateboarding at Whataburger. He's "in and out of a funk" which requires long and meaningful runs to clear his head. Every thought he has is transcendent, worthy of being narrated, videotaped, and blogged. He is always out finding himself. At age 46, the man asking to run the country is currently lost.
It's an old story, the boy who doesn't want to grow up, whom we fall for briefly and then quickly move on from.

Gag. He's not going to do the politically smart thing, despite the Chronicle's pleadings. Too much fun to make a fool of himself instead and the Democratic race is just that forum for it.


A new faction within the Gulf Cartel is sparking a wave of violence in the northern border state of Tamaulipas. Law enforcement at the federal and state level in Mexico expect the number of clashes to escalate dramatically in the coming days.

The concerns come amid the Gulf Cartel’s recent firing upon U.S. Border Patrol agents and a top health official traveling in a marked Mexican government vehicle.
Federal and state law enforcement officials revealed to Breitbart Texas that the current spike in violence and the expected escalation are attributable to a rift within the Matamoros faction of the Gulf Cartel known as “Los Escorpiones.” Despite their turf war with the neighboring Reynosa sect aka “Los Metros,” the Escorpiones managed to keep most of the violence to the west and south of Matamoros, allowing the city to enjoy some sense of tranquility. In contrast, Reynosa and Rio Bravo report numerous large-scale gun battles between criminal rivals and government forces. 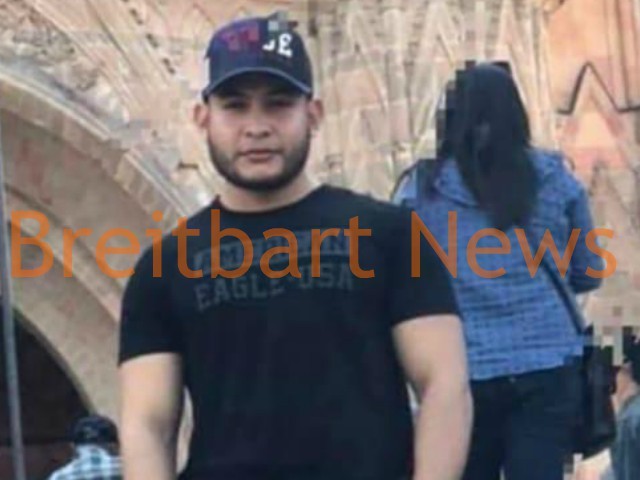 A new faction, calling themselves “CDG Nueva Era,” is trying to take Matamoros from Evaristo “El Vaquero” Cruz Sanchez. Nueva Era is believed to be led by Mario Alberto “Beto” Cardenas, who is currently in a Mexican jail but remains active. His second-in-command is Raul “Scorpion 2” Garcia. 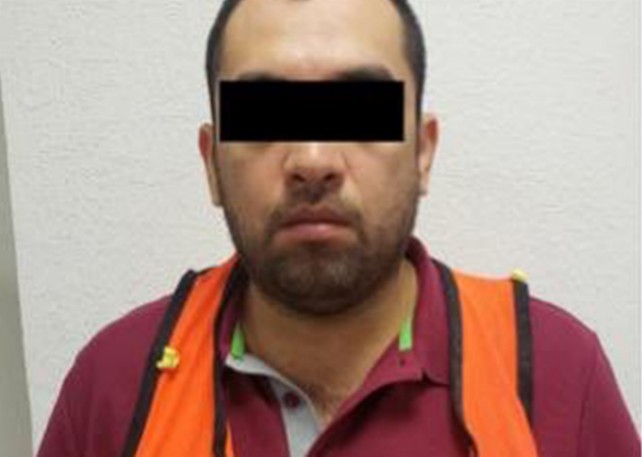 The group is supposedly recruiting gunmen from the Escorpiones and others to overpower the larger Vaquero faction. The CDG Nueva Era offered a cash reward for Vaquero’s head via numerous banners posted throughout Matamoros. 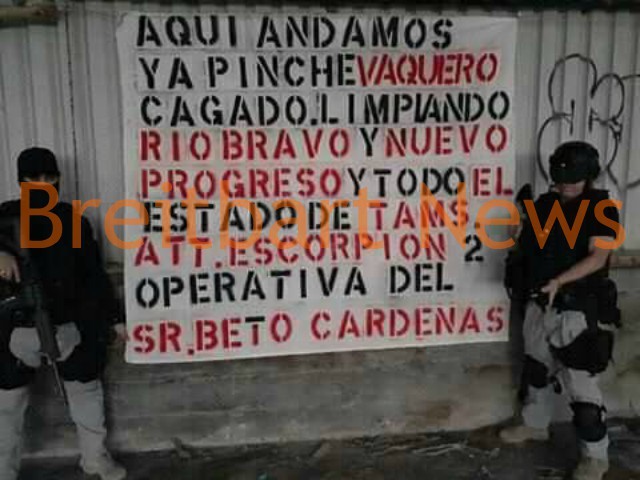 Posted by The Mexican Invasion & Occupation at 8:24 AM