The March for Life is celebrating Mother’s Day weekend by honoring birth mothers for their courage in choosing to give birth to their unexpected babies and placing them in the care of a loving adoptive family. 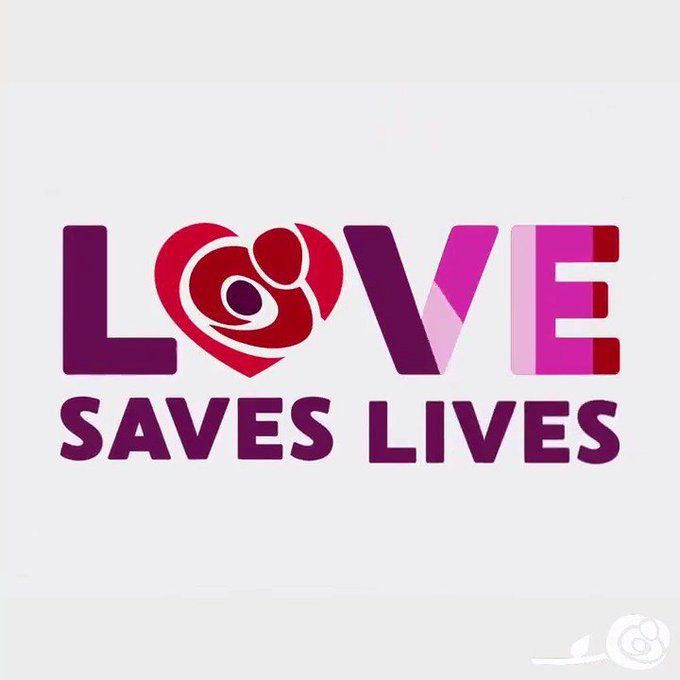 Watch and share these messages of love and encouragement from birth moms for #BirthMothersDay on Saturday! #prolife #adoption


“Adoption is a noble and heroic decision,” says March for Life. “Each year, there are over 18,000 domestic infant adoptions in the United States. Sadly, there are also each year over 1 million abortions in the U.S.”
“We celebrate all of the birth mothers who have made the courageous decision to choose life and to place their child for adoption,” the pro-life activists continue. “Adoption is a heroic choice and your self-sacrificial love is to be commended and celebrated!”
“Birth Mothers Day” is celebrated the day before Mother’s Day. 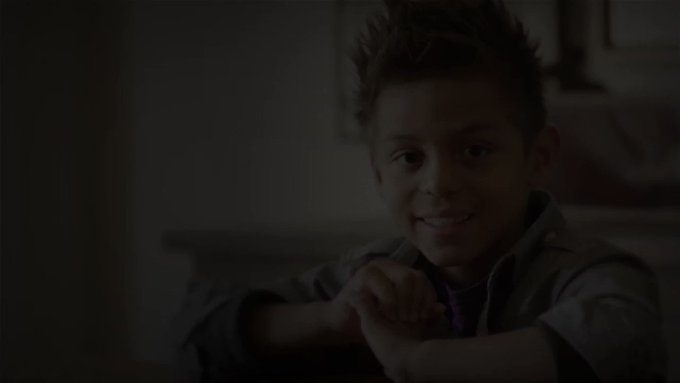 #Birthmoms choose to be stronger than their circumstances. And they should never be forgotten in the adoption triad. As a culture, we need to help make adoption a win-win-win situation. #MothersDayWeekend #BirthMothersDay


Ryan Bomberger, who now heads the Radiance Foundation– another national pro-life organization that seeks to “affirm that every human life has purpose” – said, “Because of the courage of my birth mom, I’m able to be all the things I am today.”
“Today Ryan is a brother, husband, father, and an inspiring pro-life activist,” states the March for Life. “The self-sacrificial love of his birth mother saved his life, and impacted so many others.”

On #BirthMothersDay I pray that my daughter’s birth mother ‘s guardian angel whisper in her heart that OUR daughter is cherished, thriving, and prays for her daily that she may be comforted in her loss.

"We chose life over self." Thank you, #birthmoms! #BirthMothersDay

March for Life
✔@March_for_Life
Watch and share these messages of love and encouragement from birth moms for #BirthMothersDay on Saturday! #prolife #adoption


The March for Life’s mission is to “testify to the beauty of life and the dignity of each human person.” The march itself takes place every year on the National Mall in Washington, DC, in January, on the anniversary of the Supreme Court’s creation, in 1973, of the right to abortion – when the Constitution never provided such a right.


The “handmaids” of Planned Parenthood strode through the Missouri Statehouse this week as the state’s lawmakers passed a budget prohibiting the direction of funds to facilities associated with abortion providers.

Dressed as women from Hulu’s The Handmaid’s Tale, Margaret Atwood’s 1985 dystopian feminist novel about a totalitarian theocracy that forces women to procreate, the protesters are now a familiar sight in government buildings when Planned Parenthood’s taxpayer funding is in jeopardy: 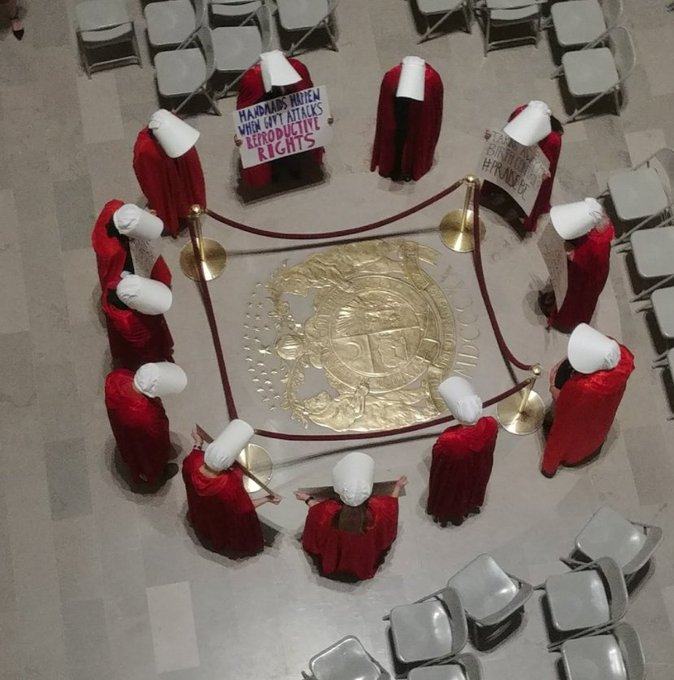 
The “handmaids” in Missouri were protesting two bills that would prevent the state’s Medicaid funding to be used for reimbursement at Planned Parenthood or other facilities that perform abortions.
The bills were part of the state’s $28 billion budget that passed the legislature and now await Republican Gov. Eric Greitens’ signature.
M’Evie Mead, director of policy and organizing for Planned Parenthood Advocates in Missouri, told the Kansas City Star the handmaids are a sign of what happens when “politicians and governments try and substitute their judgment for those individuals’ judgment.”
“And that’s what ‘The Handmaid’s Tale’ is all about — what happens when a government takes control over a certain segment of women’s lives and tries to run them for their own purposes,” Mead said.
GOP State Rep. Robert Ross wrote the language in the amendments to two of the bills that refer to blocking Medicaid funds to facilities associated with abortion providers. During a floor debate in March, Ross said abortion providers had set up a “shell game” to provide abortions while still benefiting from Medicaid reimbursements for other women’s health services.
“This Republican lead administration is really creating an unbelievably hostile environment for access to reproductive health care in Missouri,” said Mead, according to Rewire.
In a statement to LifeNews, Samuel Lee of Campaign Life Missouri praised state lawmakers for passing a budget that prioritizes support for mothers and babies.
“The Missouri General Assembly has passed the state’s budget for the upcoming fiscal year beginning July 1, and it is great news for pro-life agencies, pregnant mothers and their unborn children – and for pro-life taxpayers – by defunding abortion providers like Planned Parenthood,” Lee said.

James Harrison, 81, retired from donating blood Friday, ending a 60-year chapter as a blood donor in Australia where many called him “the Man with the Golden Arm,” KPTV reported.
The Australian Red Cross Blood Service announced that Harrison made 1,100 donations in total, which went toward saving the lives of more than 2.4 million infants in need of blood transfusions.
Harrison’s blood is just as extraordinary as his blood donation history. His blood has special disease-fighting antibodies which medical professionals have used to develop an injection called AntiD, which combats against rhesus disease.
Rhesus disease is a medical condition where the antibodies in a pregnant woman’s blood begin attacking the newborn baby’s blood cells, according to Britain’s National Health Service (NHS). If left untreated, the baby can suffer brain damage or die.
The condition develops when the infant’s mother has rhesus negative blood, and the baby inherits rhesus positive blood from the father.
Doctors believe Harrison’s blood contains these special antibodies because of a blood transfusion he received at age 14 when he underwent a major chest surgery.
After his surgery, Harrison promised to become a blood donor to help others.
Harrison can no longer donate blood because Australia does not allow donors over the age of 81, but the 81-year-old has vowed to continue helping the medical field by donating samples of his DNA for research, the Atlanta Journal-Constitution reported.

CALIFORNIA HANDS BILLIONS IN WELFARE TO INVADE AND BREED ANCHOR BABIES… LA RAZA WILL DOUBLE U.S. POPULATION…. and yet…..

Planned Parenthood executives and supporters were on Capitol Hill this week lobbying lawmakers to protect the millions of dollars the nation’s largest abortion provider gets from taxpayers every year and to announce nationwide “speak-outs” during the upcoming congressional recesses.

Posted by The Mexican Invasion & Occupation at 7:27 AM