HOAX! - ILLEGAL MOM WITH BAREFOOT KIDS WAS SET UP 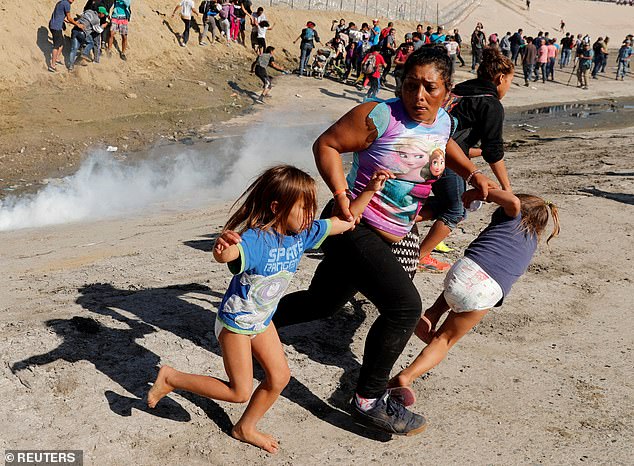 
THE NARCOMEX INVASION OF AMERICA…. By invitation of the Democrat Party
HOW MANY HUNDREDS OF BILLIONS WILL WE LET MEXICO SUCK OUT OF OUR OPEN BORDERS?
https://mexicanoccupation.blogspot.com/2018/11/trump-seeks-deal-with-narcomex-as.html
There are many reasons why, for the first time, the government of Mexico would agree to work cooperatively with the United States over an extremely serious immigration-related issue. It is likely, of course that President Trump was not just posturing when he said he would cut off aid to Mexico and other countries who permit the United States to be invaded by illegal aliens.
*
Under Guzman’s leadership, the Sinaloa Cartel became the largest drug trafficking organization in the world with influence in every major U.S. city.
*

The allegations against Pena Nieto are not new. In 2016, Breitbart News reported on an investigation by Mexican journalists which revealed how Juarez Cartel operators funneled money into the 2012 presidential campaign. The investigation was carried out by Mexican award-winning journalist Carmen Aristegui and her team….The subsequent scandal became known as “Monexgate” for the cash cards that were given out during Peña Nieto’s campaign. The allegations against Pena Nieto went largely unreported by  U.S. news outlets.
*

Hoaxed: The ‘Illegal Alien Mom with Barefoot Kids’ Photo was a Setup – Another Staged #FakeNews Production

by Jim Hoft November 26, 2018
Guest post by Joe Hoft
Yesterday’s Headline is today’s hoax. The illegal alien mother ‘fleeing’ from the border wall was all a lie. It was a setup.
After further review, yesterday’s ‘horrific’ picture of a woman with barefoot children running from the US border wall was a hoax. In the background of the picture a group of men are posing for one camera man and another is running towards another camera man. In other areas, people are just standing around. The woman with the children was just a photo-op:


The high resolution picture shows guys in the background posing for a cameraman proving again that liberals are easily fooled:
Posted by The Mexican Invasion & Occupation at 1:55 PM