DHS Secretary Kirstjen Nielsen will allow the importation of 30,000 extra foreign laborers for landscapers, resorts, and other businesses despite President Donald Trump’s “Hire American” promise that has helped raise blue-collar wages by four percent in 2018. 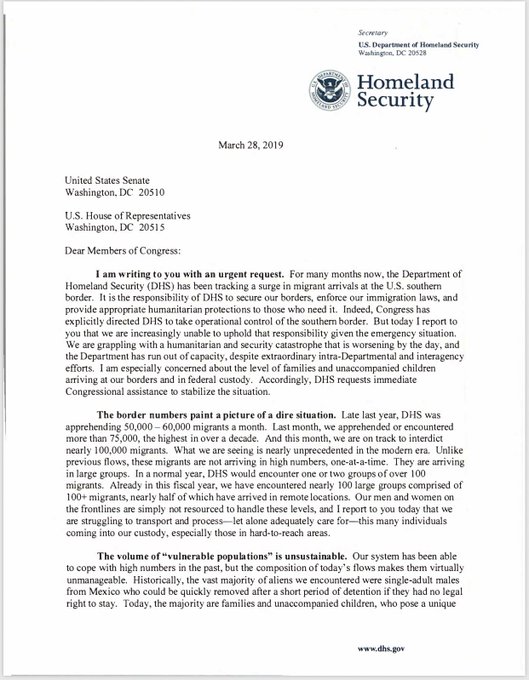 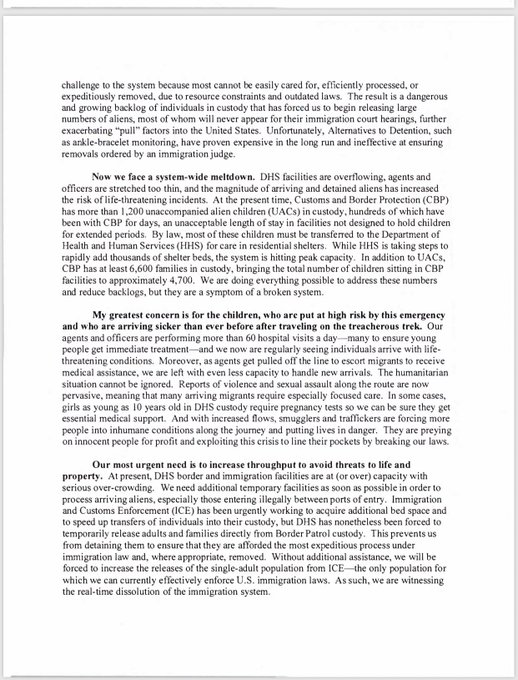 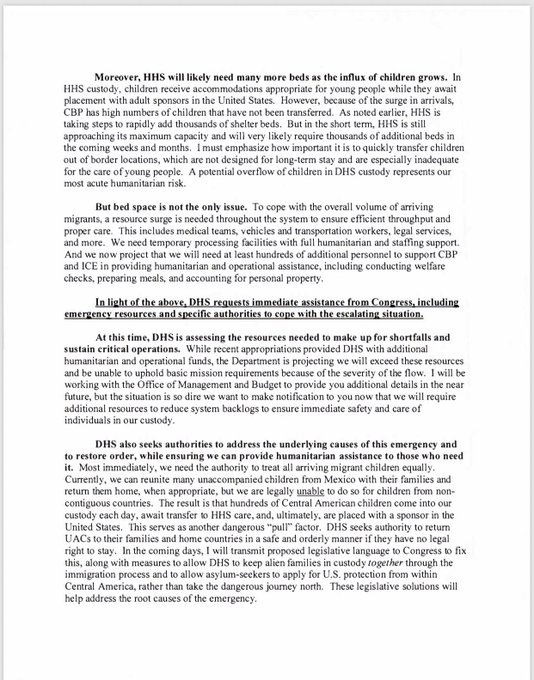 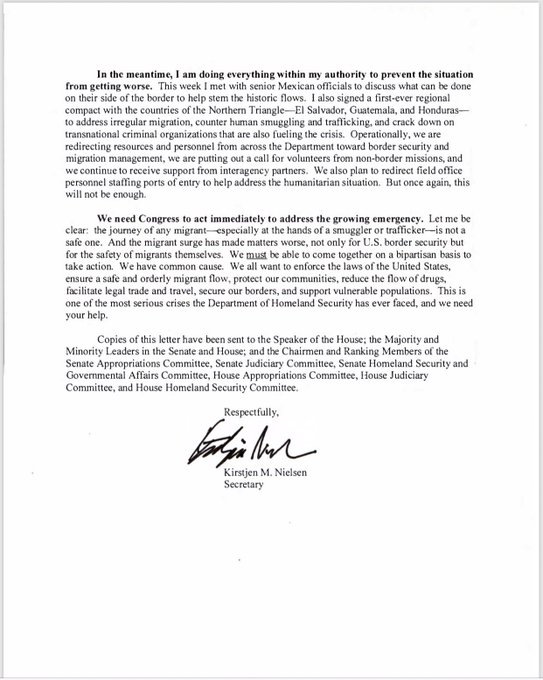 NEW - DHS Sec Kirstjen Nielsen is asking for immediate action from Congress to address a “dire situation” at the border including a request for new authority to send unaccompanied minors back to their home countries. “Now we face a system-wide meltdown,” she wrote in a letter.

The Secretary continues to urge lawmakers to pursue a long-term legislative fix that both meets employers’ temporary needs while fulfilling the President’s Buy American and Hire American Executive Order to spur higher wages and employment rates for workers in the United States and to protect their economic interests.

Nielsen also said Congress should decide how many workers should be imported even though Congress allows companies to import at least one million visa workers each year — including at least 66,000 H-2B  laborers — just as four million young Americans enter the job market.
Palermo said:

But the truth is that Congress is in the best position to know the appropriate number of H-2B visas that American businesses should be allocated without harming U.S. workers. Therefore, Congress – not DHS – should be responsible for determining whether the annual numerical limitations for H-2B workers set by Congress need to be modified, and by how much, and for setting parameters to ensure that enough workers are available to meet employers’ temporary needs throughout the year.

Many Democratic and GOP legislators want to provide employers with more workers, but they also know the H-2B program is unpopular. Since 2016, the legislators have repeatedly passed the buck to DHS by allowing the DHS secretary to authorize extra visas. This trick ensures that lobbyists and legislators apply closed-d00r pressure to get extra visas from the DHS secretary while also shielding the legislators from public opposition.
In 2018, Congress also voted to block Trump’s pro-American immigration reforms.
In February 2019, Congress quietly allowed Nielsen to provide up to 69,320 extra visas in a section added to the 2019 budget drafted by a small group of GOP and Democratic legislators. She approved 30,000 of the 69,320 — so loosening pressure on seasonal companies to find alternatives for the 2020 season.
Nielsen’s compromise reduces the opposition she faces in Congress as she tries to manage the sprawling DHS agency amid a migration wave from Central America.
H-2B workers can stay up to three years, depending on approval from the Department of Labor, so the resident population of H-2B workers may be far larger than the apparent 2019 limit of 96,000.
Company owners — especially the labor brokers who lease H-2Bs to many resorts and farms — want far more H-2Bs than Congress dare approve. For example, a landscaper in New Jersey called for one million H-2Bs:

#H2B what i just went through this morning. Well i will just say. We are not working today. Americans and Americanized no shows after 3days. 30k, we need the 69k.
There should be 1mil. Opened to stop illegal crossing.


Nielsen’s expansion of the program was slammed by pro-American groups.
“While Congress shoulders much of the blame for inexplicably authorizing an H-2B visa increase in the first place, the decision to actually go through with one was squarely in the hands of the Trump administration,” said a statement from Dan Stein, president of the Federation for American Immigration Reform. The statement continued:

[W]hen given the opportunity to stand with the American worker, President Trump and Homeland Security Secretary Kirstjen Nielsen capitulated to the self-serving demands of business lobbyists and authorized 30,000 additional visas. While the economy is certainly roaring, it does not need a vast infusion of guest workers.
This decision to allow tens of thousands more foreign workers to flood the labor market this year will not only suppress blue-collar wage growth but also take away opportunities from Americans trying to get back into the labor force.
It begs the question – does anyone in this administration, including the president himself, still care about American workers who have been hit hard by mass immigration? Every word out of the president’s mouth lately seems to be that we need more foreign workers, yet one of this administration’s very first initiatives was to “Buy American, Hire American.” How ironic.
An improving economy with thousands of new jobs can tighten the labor market, increase wages, and put Americans back to work. We’ve waited a long time for the stars to align, yet this opportunity is being squandered by influential business interests and negative forces within the administration, addicted to cheap foreign labor. This cycle of growth and subsequent flooding of the labor market has to stop. It is antithetical to the goal, promised to us by the Trump administration, of putting Americans first.

Homeland Security will dole out an additional 30,000 seasonal guest worker passes this year, according to a member of Congress, as it pushes to make good on President Trump's new promise to bring in m
washingtontimes.com


The infusion of new labor will allow companies to complete more seasonal contracts for landscaping, resort, foresty, stabling horses, and other work such as the supply of crabmeat from the Chesapeake Bay. The crabmeat business is important for the H-2B industry, partly because it is used to persuade crab-eating, D.C.-based, white-collar journalists that the H-2B program is vital for business.
Companies say they often pay good wages to their imported H-2B workers, often around $15 per hour. But that price is below the wages sought by Americans for the seasonal work which leaves them jobless in the off-season. The lower wages paid to H-2Bs also allows companies to pay lower wages to their American supervisors.
Many legislators, such as North Carolina GOP Sen. Thom Tillis, loudly or quietly, supportthe program partly because many companies have built their business around the promise of government-supplied labor.
But the DHS allocates H-2B workers via a process of lobbying, lawyers, and lotteries — not by market prices.
For example, many competing companies sign contracts for seasonal work and then ask the government for a suitable number of H-2B laborers. When Company A gets more H-2B laborers than Company B, it gets to complete more season work and establish a commercial advantage over Company B and other nearby companies who get fewer H-2Bs.
This flawed process forces many companies to lobby for a share of the H-2B foreign workers instead of painfully changing, curbing, and automating their business practices to match the cost of hiring Americans for seasonal work. This competitive chase for H-2B workers also ensures many companies quickly become dependent on the program — and can plausibly claim that they will go out of business unless they keep getting H-2B workers.
This allocation process also does little to deter corruption and poor treatment of H-2B workers or the rejection of Americans who lose jobs in rural communities to imported H-2Bs.
The companies, especially the landscaping industry, have repeatedly blocked reform proposals, including calls for the H-2B visas to be allocated to the companies that offer to pay the highest salaries. That reform would penalize companies that try to import cheap H-2B instead of hiring Americans at the market rate for seasonal work. 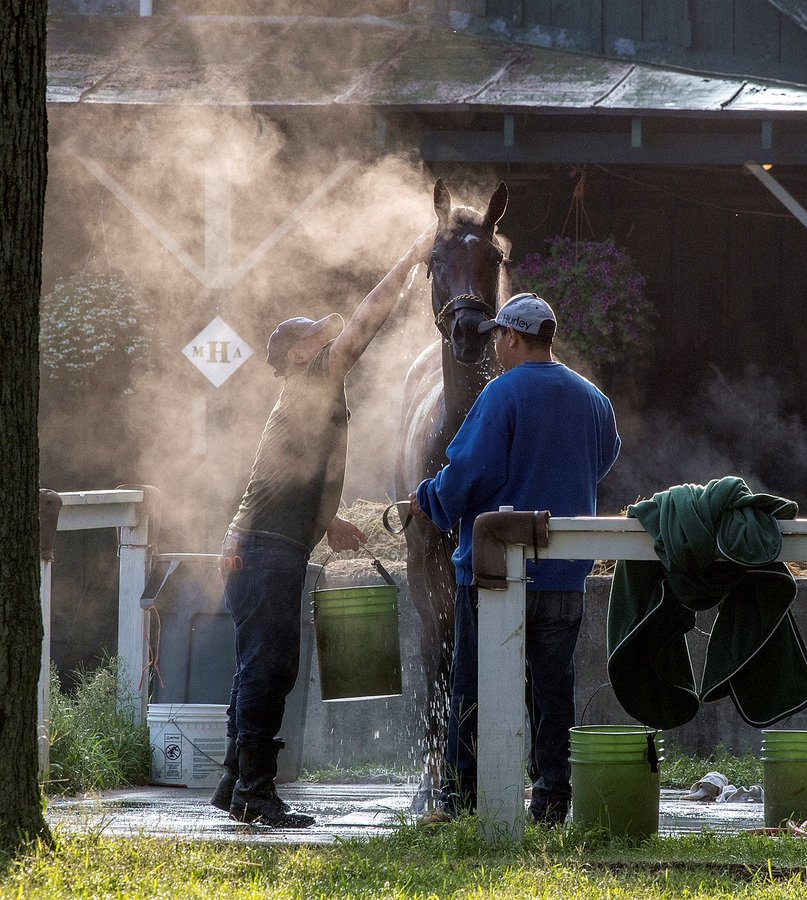 
The H-2A program is just one of many visa programs that are used to suppress Americans’ salaries and wages while aiding CEOs and investors.
For example, the government awarded visas for 242,762 H-2A farm laborers in 2018, up from 200,049 visas in 2017 and 165,741 visas in 2016. That is a 45 percent rise in three years — although it is offset by a claimed reduction in illegal immigrant farm workers.
But there are far more white-collar visa workers in the United States, ensuring a greater impact on white-collar wages. In 2018, there were are at least 1.5 million white-collar visa workers in the United States, including roughly one million graduates with H-1Bs visas, roughly 400,000 OPT and CPT white-collar workers, 100,000 H4EAD workers, perhaps 100,000 workers with TN visas, at least 200,000 people with L-1 visas, plus additional populations with 0-1, E-3, J-1,  or B-1 visas.
The is a huge population that is roughly twice as many workers as the 800,000 Americans who graduate with skilled technical degrees from universities each year
Also, the 1.5 million estimate does not include visa workers who have stayed beyond their visa terms and use faked work permits to keep white-collar jobs.
The army of white-collar visa workers may have helped to keep salary growth for white-collar Americans at just two percent in 2018.
Many polls show the public opposes guest workers as a threat to their salaries and jobs. An August 2017 poll reported that 68 percent of Americans oppose companies’ use of white-collar H-1Bs visas to outsource U.S.-based jobs that could be held by American graduates. More than one million foreign college graduates now hold visa jobs in the United States.

American grads lose jobs & cash to 400,000 foreign students (each year!) who get OPT work permits via their colleges. One low-grade Va. college - IOW a 'visa mill' - is facing closure for not keeping up appearances while trafficking the college-grad labor. http://bit.ly/2U4Esq0

'Visa Mill' May Close After Getting Work Permits for Foreign Grads

Virginia is shutting down a suspected "visa-mill" college that may have trafficked low-wage foreign graduates into Americans' jobs.
breitbart.com

76 people are talking about this

Posted by The Mexican Invasion & Occupation at 7:22 AM