WHY DO DEMOCRAT POLITICIANS HATE AMERICA, AMERICANS, AMERICAN BORDERS AND AMERICAN LAWS SO?

By William L. Gensert
Recently, I wrote an article expounding on the theory that Barack Obama didn’t hate America, he hated Americans.  Current events involving prominent (heck, all) Democrats, however, have given me a reason to doubt my hypothesis.  I now believe he hates both America and Americans; and at this point, looking at the slate of Democrats who seek the presidency, as well as the constant and visceral provocations of the four female morons of the idiocracy, he is not alone.
In fact, the Democratic Party (let’s just call them the “New Woke Party”) have metamorphosed from an entity concerned with politics into a religion steeped in a comprehensive creed of hatred and resentment.
Eight years of Obama decimated the Democratic Party.  Politically, Americans are mostly center-right and during his presidency, they voted out Democrats in droves.  Yet, those of the “New Woke” choose to believe this was not because Americans didn’t support his “I hate America and Americans” domestic and foreign policies.  He simply did not move far enough to the left and that his failure was the result of him merely not hating us enough.
The New Woke creed preaches that America was created by genocide, slavery, and greed.  Unique in the world, we are a nation with no redeeming qualities.  As Barry’s pal Jeremiah Wright said, “God damn America.”  At the time he said it and Barry cheered, however, they were outliers.  Now it is Democratic Party policy that America is deserving of neither respect nor admiration, much less love.
Therefore, you will never hear a Democrat, especially one running for president, ever say anything positive about this country or its citizenry.  The New Woke believe there is nothing positive that can be said and that all Americans who don’t believe exactly as they do are evil.
Though it was Americans who created this vile America, magnanimously, the New Woke afford us an opportunity for redemption.  But only if we accept the New Woke creed in its entirety.  Diverge even a “smidgen” (as Barry would say) and all chance of redemption will be lost – and the hatred showered upon Americans will be deserved because we had our chance.
The beauty of this is that it allows them the luxury of despising America and Americans while still pretending that they alone are taking the “high road.”

Yet, they can’t come out and say, “Support every one of our ‘Ten Commandments of Wokeness’ or we will hate you.”  They must make it about racism, or greed, or Islamophobia, etc., anything that can be portrayed by their apostles in the media as evil.
They want open borders, with crossing illegally no longer a criminal act, free college and healthcare for illegals, as well as driver’s licenses and sanctuary, and of course the right to vote.  Point out that this is a better deal than citizens get, and you will be labeled a racist clinging to your guns and religion with an unnatural and malicious fear of the “other.”
They advocate entirely socialized medicine and the elimination of private insurance, including employer-provided health insurance, which currently covers 158 million Americans.  Only greedy, selfish people who strive to keep the poor, poor and the sick, sick would be against that.
They plead for confiscatory taxation of the “rich,” with the definition of “rich” open to fungible interpretation, so that they can raise up the poor, feed the hungry, pay reparations to blacks, indigenous peoples, gays and also illegals, who were kept “in the shadows” by our unfair immigration policies and unreasonable insistence on borders.  Only greedy, selfish, racist bastards would be against any of that.
Federally funded and “free on demand” abortions, before, during, and after pregnancy are only opposed by misogynists and the religious right who are against women’s health, safety, and freedom.
Forgiveness of trillions of dollars in student loans is only fair because every person has a right to college, and a degree in puppetry if that’s what his “truth” tells him he should pursue.  Who could be against educating youth?
But wait!  That’s not all…
A total elimination of planes, trains, and automobiles, as well as all fossil fuels, hydroelectric, and nuclear power with power provided solely by renewables -- anyone not willing to settle for electricity a few hours a day at 10 times the cost and the total destruction of our economy clearly wants to destroy the planet and kill all the poor people in the world who of course, would suffer most if this is not immediately implemented.
Disagree with the “squad” in any way, even when right, and they have their old standby, “RACIST!”
Listen to any 1 of the 1,024 (a shout-out to Indigenous-Warren) New Woke Party candidates running for president and you would think we were all living in a dystopian hell ruled by white supremacists and corporate criminals intent on raping and pillaging their way to eternal power and wealth -- and that’s before they even start talking about Donald Trump, who in their telling is the worst human being to have ever been born of woman.
However, believe it or not, this really isn’t about Trump.  The New Woke would hate any president who stands between them and power.  Yet, we should be grateful we have a man like Trump who will fight for us as he does every day.  He may never be “politics as usual” but he will not mince words because he doesn’t care what they say.  It’s been a long time since we’ve had someone like that on our side… too long.
The New Woke Party hates America and Americans. Should Trump lose his bid for reelection in 2020 to any one of these nuts, they will surely show us just how much.
Please follow William L. Gensert on Twitter @williamlgensert, and Tweet this article – people must be told…

NO TEST, NO BACKGROUND CHECKS ON CRIMINALITY, NO BACK TAXES, NO

In 2013, California lawmakers passed legislation that allowed illegal aliens to obtain driver’s licenses if they can prove to the Department of Motor Vehicle (DMV) their identity and state residency. The plan was one of the largest victories to date by the open borders lobby.… JOHN BINDER – BREITBART.com

Steinle’s murderer, Jose Zarate and been deported 5xs!
*
"While walking with her father on a pier in San Francisco in 2015, Steinle was shot by the illegal alien. Steinle pleaded with her father to not let her die, but she soon passed in her father’s arms."

Here’s how California surrendered to Mexico… OR WAS HANDED TO MEXICO BY NANCY PELOSI, DIANNE FEINSTEIN, KAMALA HARRIS, JERRY BROWN and GAVIN NEWSOM!

THIS IS WHAT THE DEMOCRAT PARTY OF CORRUPTION AND OPEN BORDERS HAS DONE TO ONE CITY!

“It’s almost impossible to get convicted in this city,” said [Sgt. Kevin] Healy, who works in the Police Department’s narcotics division. “The message needs to be sent that it’s not OK to be selling drugs. It’s not allowed anywhere else. Where else can you walk up to someone you don’t know and purchase crack and heroin? Is there such a place?”…

Police say drug dealers from the East Bay ride BART into San Francisco every day to prey on the addicts slumped on our sidewalks, and yet the city that claims to so desperately want to help those addicts often looks the other way.
Steinle’s murderer, Jose Zarate and been deported 5xs!
"While walking with her father on a pier in San Francisco in 2015, Steinle was shot by the illegal alien. Steinle pleaded with her father to not let her die, but she soon passed in her father’s arms."
THE STAGGERING COST OF THE WELFARE STATE MEXICO AND THE LA RAZA SUPREMACY DEMOCRAT PARTY HAVE BUILT BORDER to OPEN BORDER’
http://mexicanoccupation.blogspot.com/2017/10/spencer-p-morrison-devastating-cost-of.html

A Morning Consult survey released Thursday showed that the top 14 most popular governors in America are Republicans.

The top 10 most popular governors are ALL Republicans 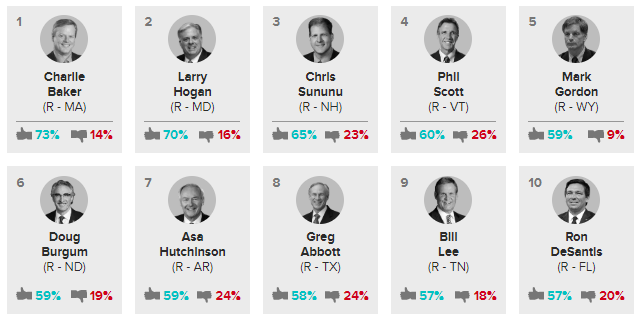 
136 people are talking about this

Posted by The Mexican Invasion & Occupation at 1:42 PM