JOSE O. MONTANO and HENRY E. SANCHEZ MILIAN ARE ILLEGALS..... THEY'RE ALSO PERV RAPIST OF OF A 14-YEAR-OLD

Two suspects reportedly in the U.S. illegally allegedly raped and sodomized a 14-year-old Maryland high school student on Thursday after trapping her in a bathroom stall during the school day, according to police.

ABC7 reporter Kevin Lewis posted a statement of probable cause from the Montgomery County Police Department on Mar. 17 on Twitter that quickly went viral:

A detective from the Special Victims Investigations Division Child Abuse/Sex Assault (SVID CA/SA) interviewed the victim, identified as “Victim A,” on Mar. 16. The young victim was allegedly orally, anally, and vaginally raped. Below is a transcript from three of the four available pages from the detective’s statement of probable cause:

One March 16, 2017, your affiant, a duly sworn Montgomery County Police Detective, currently assigned to the Special Victims Investigations Division Child Abuse/Sex Assault (SVID CA/SA), began an investigation into the allegation of rape of a minor, known to your affiant, and referred to as Victim A from this point forward.
Victim A is a 14-year-old female (DOB: 4/16/2002) who attends Rockville High School located at 2100 Baltimore Road, Rockville, Montgomery County, Maryland 20851.
On March 16, 2017, Victim A told school staff that she was sexually assaulted by two boys in the school bathroom. Victim A was interviewed by Detective K. Carvajal and your affiant. During the interview Victim A disclosed the following:

Police released a mugshot of the suspect Sanchez, but not Montano, since he is 17 and thus still a minor. 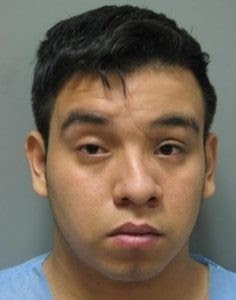 (Alleged suspect Henry E. Sanchez Milian: Montgomery County Police Department)
Prosecutors told Lewis that the 17-year-old Montano, originally from El Salvador, has arrived in U.S. eight months ago, but whether or not he was an illegal alien “was not immediately known.” The 18-year-old Sanchez Milian had an active “pending alien removal” case against him in the federal judicial system, and had arrived in the U.S. seven months ago, according to prosecutors. He is from Guatemala. Despite his age, Sanchez Milian was allowed to enroll as a freshman at Rockville High School, according to court officials.

Kevin Lewis
✔@ABC7Kevin
NEW: Prosecutors say 17yo accused of raping 14yo female classmate at Rockville HS has been in country for 8 months. He does not know English 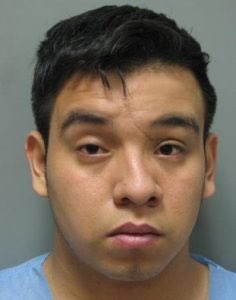 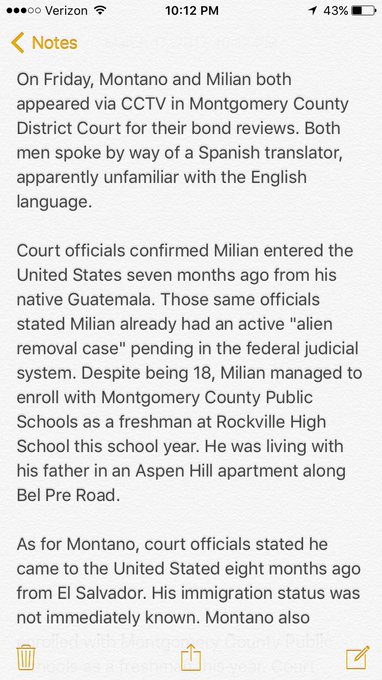 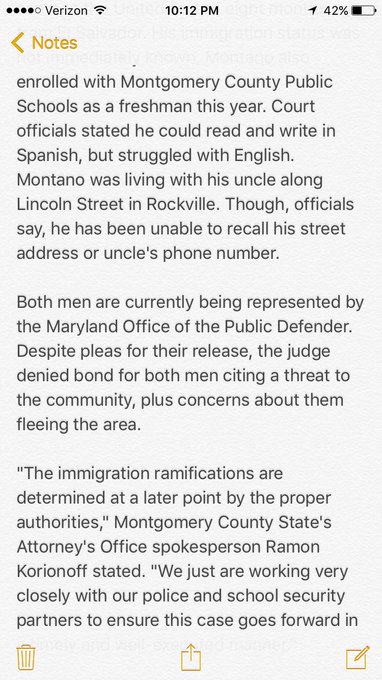 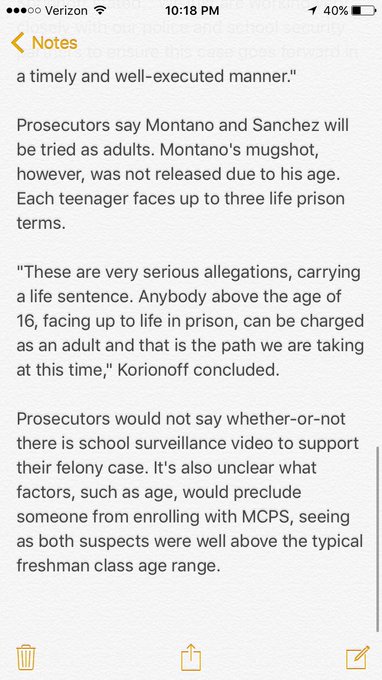 Kevin Lewis
✔@ABC7Kevin
Here is a full write up on the immigration status of both Rockville High School students accused of raping a 14yo girl in a bathroom stall.

Both Montano and Sanchez Milian face “first-degree rape and two counts of first-degree sexual offense,” according to WTOP.com. U.S. Immigration and Customs Enforcement (ICE) placed an immigration detainer request on the 18-year-old Sanchez, but would not comment on Montano’s case as he is still a minor.
ICE ROUNDS UP THE ILLEGALS

THE STAGGERING CRIME TIDAL WAVE BY THE WORLD'S MOST VIOLENT CULTURE: MEXICAN

OBAMA’S HISPANICAZATION OF AMERICA FOR THE LA RAZA VOTE:

TEN MOST WANTED CRIMINALS IN CALIFORNIA ARE MEXICANS

http://www.mexica-movement.org/ They claim all of North America for Mexico!

http://www.wnd.com/news/article.asp?ARTICLE_ID=53103 Did you know illegals kill 12 Americans a day?

According to DHS’s own reports, very little of our nation’s borders (Southwestern or otherwise) are secure, and gaining control is not even a goal of the department.

While the official unemployment rate has climbed from 7.6 percent when President Obama took office in January to 10 percent today, the administration’s worksite enforcement strategy has amounted to a bureaucratic game of musical chairs. The administration has all but ended worksite enforcement actions and replaced them with paperwork audits. When the audits determine that illegal aliens are on the payroll, employers are given the opportunity to fire them with little or no adverse consequence to the company, while no action is taken to remove the illegal workers from the country. The illegal workers simply acquire a new set of fraudulent documents and move on to the next employer seeking workers willing to accept substandard wages.

OBAMA’S LA RAZA ICE RELEASED 8,000 MEX CRIMINALS BACK ONTO US:

FEDS ALLOW ILLEGALS OVER OUR BORDERS:

8 OUT OF 10 ILLEGALS CAUGHT, NEVER PROSECUTED:

8 Out of 10 Illegals Apprehended in 2010 Never Prosecuted

ON THE GROWIN POWER OF “LA RAZA” FASCISM FOR MEX SUPREMACY

OBAMA SABOTAGES OUR BORERS FOR ILLEGALS:

OBAMA QUIETLY ERASING BORDERS BY DEMAND OF MEXICO, LA RAZA, AND THE U.S. CHAMBER of COMMERCE:

TERRORIST IN OUR UNDEFENDED NATION, WHILE

BILLIONS SQUANDERED OVER IN MUSLIM LAND:

OBAMA KEEPS NARCOMEX ROUTES OPEN TO EASE MORE LA RAZA OVER OUR BORDERS AND INTO THE VOTING BOOTHS:

OBAMA TELLS PENTAGON NO TROOPS ON OUR OPEN BORDERS:

Pentagon official: US could send troops to fight Mexican “insurgency”

Posted by The Mexican Invasion & Occupation at 9:06 AM No comments: Links to this post