HIV-positive teacher, 36, accused of molesting his seven-year-old student pleads not guilty to hiring a hitman from behind bars to silence the boy and his mother before his trial

By EMILY CRANE and SNEJANA FARBEROV FOR DAILYMAIL.COM
PUBLISHED: 15:31 EDT, 22 April 2019 | UPDATED: 17:30 EDT, 22 April 2019
759shares
1
View comments
An HIV-positive teacher from St Louis accused of having a seven-year-old student perform oral sex on him has denied plotting with his boyfriend to have the child and his mother killed ahead of his trial.
Deonte Taylor, 36, and his 66-year-old lover, Michael Johnson, both appeared in court on Wednesday and entered not guilty pleas to multiple charges of conspiracy to commit murder and tampering with a witness.
Authorities say the sex crime involving the boy, now aged 10, happened three years ago, but Taylor was not charged until November 2018 with three counts of sodomy. 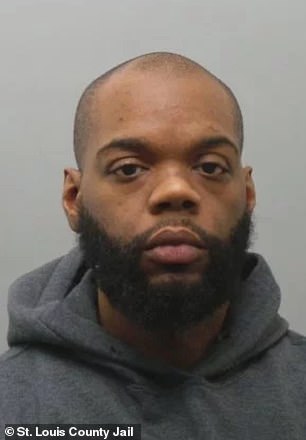 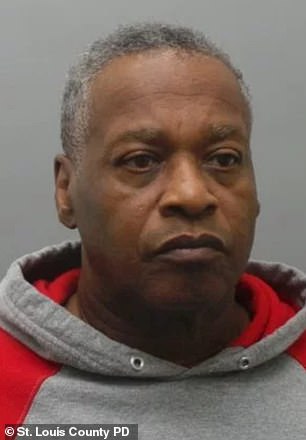 +5
Deonte Taylor (left) and his boyfriend Michael Johnson, 66, (right) have pleaded not guilty to  conspiracy to commit murder and tampering with a witness in a felony prosecution 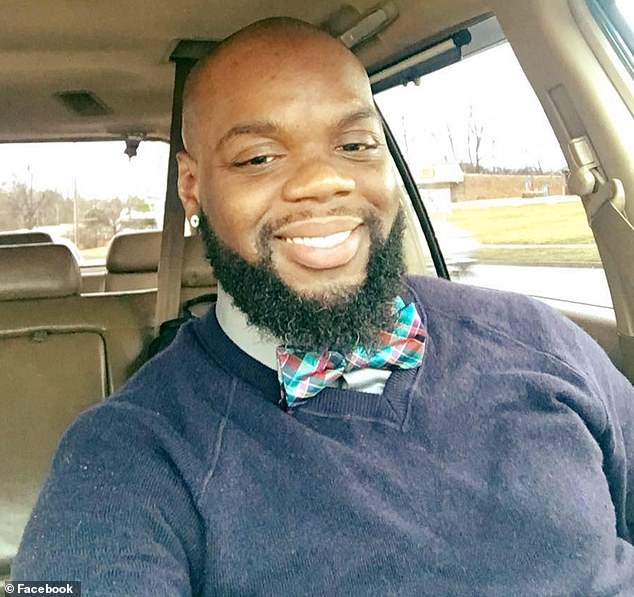 +5
The 36-year-old St Louis teacher has been jailed since November, accused of molesting his then-seven-year-old student in 2015
The new felony counts against Taylor and Johnson allege that they agreed to hire a hitman to kill the accuser and his mother to prevent them from testifying against the disgraced teacher at trial.
Prosecutors said in February, Taylor approached another inmate in jail asking him to carry out the murder-for-hire plot upon his release.
According to court documents cited by KSDK, Taylor convinced his boyfriend, Johnson, to pay for the hit.
But instead of going along with the plan, the inmate chosen for the violent task became a confidential informant for the police. 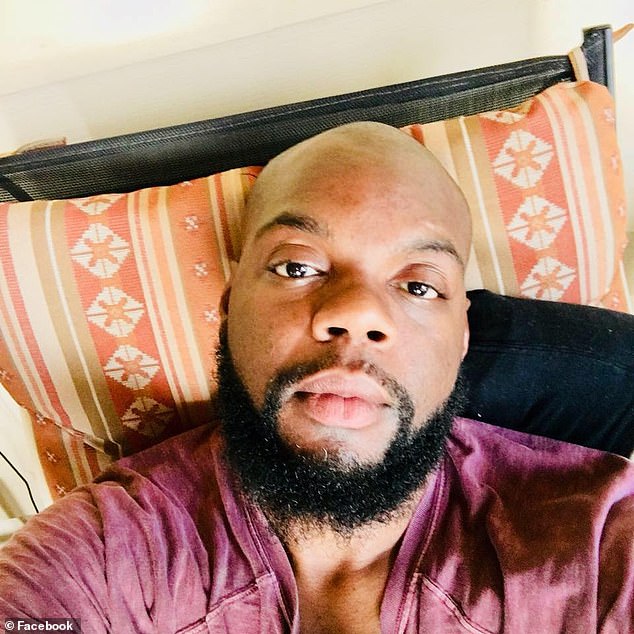 +5
Taylor (pictured), who is HIV-positive, allegedly had the child perform oral sex on him 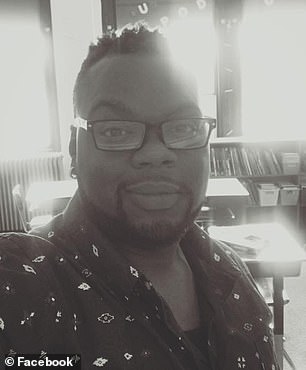 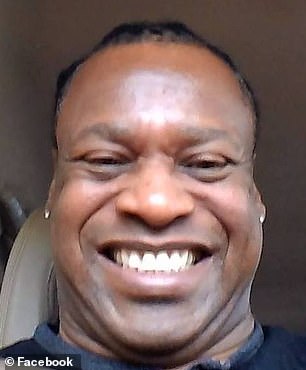 While in jail, Taylor (left) is accused of hiring another inmate to kill the boy and his mother to prevent them from testifying. Johnson (right) allegedly agreed to pay for the hit
Authorities said the alleged abuse occurred in November 2015, while Taylor was employed as a teacher's aide at Lusher Elementary School.
The 36-year-old educator, who has HIV, is accused of taking the then-seven-year-old boy out of the classroom, escorting him to another room and there putting his penis inside the child's mouth.
Taylor's DNA was found on the boy's body and clothing, but charges were not immediately filed and Taylor went on to
his teaching certificate.
Taylor passed multiple background checks and was hired to teach fifth grade at Walnut Grove Elementary School, which is part of the Ferguson-Florissant School District. 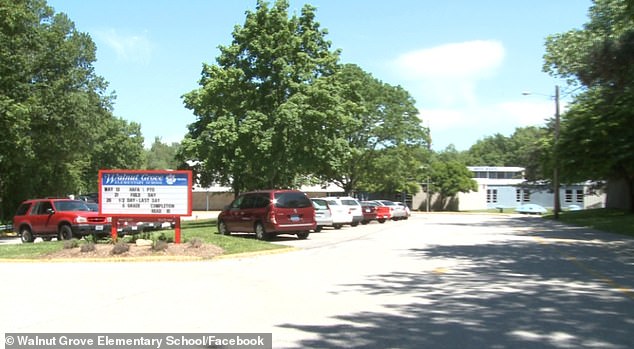 +5
Taylor was a fifth-grade teacher at nearby Walnut Grove Elementary School (above) by the time he was charged in November last year with abusing the boy
District officials said they were not aware he was under investigation when they hired him.
Taylor's arrest in November came after new, undisclosed information, came to light.
According to his Facebook page, Taylor's boyfriend serves as minister of music at Metropolitan Missionary Baptist Church of Jennings.
Posted by The Mexican Invasion & Occupation at 3:55 PM No comments:


President Trump’s hand-picked appointees for the Federal Trade Commission (FTC) defied his “Buy American” economic nationalist agenda in a recent case when they voted to financially protect companies who falsely claimed their Chinese-manufactured products were “Made in America.”

The case involved hockey puck seller Patriot Puck, based in New York, and outdoor gear brands Sandpiper of California and PiperGear USA, both based in California, for branding their products as “Made in America” despite being nearly entirely manufactured in China.
Patriot Puck, for instance, marketed their hockey pucks as “Proudly Made in the USA” and “100% American Made!” In fact, were “wholly imported from China,” according to the FTC.
Likewise, Sandpiper of California and PipeGear USA marketed their products as being “Made in America,” but 95 percent of Sandpiper’s products were imported from China as finished goods and 80 percent of PipeGear USA’s “either were imported as finished goods, or contained significant imported components,” according to the FTC.
While the FTC, with five total commissioners, ruled to prohibit Patriot Puck, Sandpiper, and PipeGear USA from marketing their products as being made in America unless the companies can prove that their products are fully manufactured in the U.S., Trump’s three appointed trade commissioners voted not to hit the companies with fines and penalties, force them to notify consumers of the false advertising, or mandate executives to admit wrongdoing.
Trump’s appointees — FTC Chairman Joseph Simons, Noah Phillips, and Christine Wilson — supported shielding the companies from financial penalties for their false “Made in America” marketing, while the two Democrat appointees, Rohit Chopra and Rebecca Slaughter, opposed the decision.
Coalition for Prosperous America CEO Michael Stumo told Breitbart News that Trump’s FTC hires should be put through a kind of screening process that removes non-economic nationalists from consideration for appointments.
“GOP globalists are a big threat to the economic recovery,” Stumo said. “President Trump’s nomination team needs to have a litmus test to screen out globalists when considering appointees. The president should now be tweeting about these America Last FTC commissioners as vigorously as he tweets against the Federal Reserve.”
Economist Alan Tonelson, who publishes a policy blog called RealityChek, told Breitbart News Trump should clean house across his administration.
“Once President Trump finishes ridding the Homeland Security Department and related agencies of appointees that seem determined to undercut his immigration policies, he can start cleaning out the Republicans he’s named to the FTC,” Tonelson said.
“Their wrist-slap approach to handling Buy America fraudsters is an open invitation to keep mislabeling their products and deceiving consumers,” Tonelson continued.
Simons defended his decision not to fine the companies, writing in a statement that the mere “threat” of financial penalties was sufficient.
Meanwhile, Chopra is advocating for strident enforcement of Trump’s “Buy American” agenda where companies, including first offenders, who falsely advertise as “Made in America” despite manufacturing overseas would be hit with a more than $42,000 fine per violation.
“I am concerned that no-money, no-fault settlements send an ambiguous message about our commitment to protecting consumers and domestic manufacturers from Made-in-USA fraud,” Chopra wrote.
America First Policies adviser Curtis Ellis told Breitbart News that false “Made in America” advertisements for Chinese-manufactured products are “the biggest fraud being perpetrated against Americans” today, calling the FTC decision “indefensible.”
“China is notorious for counterfeit products,” Ellis said. “It is indefensible for anyone to use the American flag to defraud American consumers and it is equally indefensible for the FTC not to throw the book at those who do.”
In 2017, Trump signed the “Buy American, Hire American” executive order to stimulate business growth for companies manufacturing in the country rather than overseas and who hire American workers instead of importing foreign guest workers to take U.S. jobs.
John Binder is a reporter for Breitbart News. Follow him on Twitter at @JxhnBinder.


Posted by The Mexican Invasion & Occupation at 1:14 PM No comments: