BARACK OBAMA POSITIONS MARK ZUCKERBERG of FAKEBOOK to be his global controller of propaganda for the Obama bankster funded third term for life.

As people across America celebrate freedom and independence on the Fourth of July, Breitbart Tech has compiled a list of the Alt-Tech revolutionaries fighting to secure independence from the Silicon Valley Masters of the Universe.

Americans across the country will spend this Fourth of July celebrating this great country, thankful for the many freedoms and liberties afforded to them. But some in America are attempting to take those freedoms away, with privacy scandals and political bias plaguing Silicon Valley tech firms as free speech is continually restricted online. Breitbart News has made a list of some of the Alt-Tech firms working to protect online freedoms for Americans and people around the world.
1: Parler
The free speech focused social media platform Parler is aiming to not only provide a social media platform with a clear and concise set of rules, but to bring this platform to other websites via an integrated commenting platform. Breitbart News sat down with John Matze, the CEO and co-founder of Parler (pronounced par-lay), which describes itself as a “non-biased free speech-driven entity.” Parler has a very clear aim and set of goals, stating:

Parler provides a Commenting and Social News platform for digital publishers, influencers, bloggers, writers, politicians and social users to share news, opinions and content in real time. Additionally, we provide enterprise tools to enhance online blogs, media and websites with direct social integrations and monetization capabilities.
The goal is to offer the world a tool where everyone can be their own media outlet, filter their own content, and the established influencers and digital publishers can enhance their own brands and communities.

Matze explained, “We want users to come to Parler to share their opinions and follow the personalities they want to see content from without fear of shadowbanning and other Silicon Valley tricks designed to stop the spread of ideas the Masters of the Universe find distasteful.” Matze insists that Parler is a truly “neutral platform” open to all political viewpoints.
2: Gab
Gab.com takes an even more hardline free-speech angle, offering a completely open platform with minimal rules centered on illegal activity and practically no restrictions on free speech. The site recently rebranded itself from Gab.ai to Gab.com, Breitbart News spoke with founder and CEO Andrew Torba about his plans for the company. Torba stated that Gab wants to create a platform where all ideas can be expressed, saying: “We are in the process of building out free speech-friendly infrastructure so that one day, other liberty-minded tech startups can build using our tools and avoid any connection at all to Silicon Valley.” 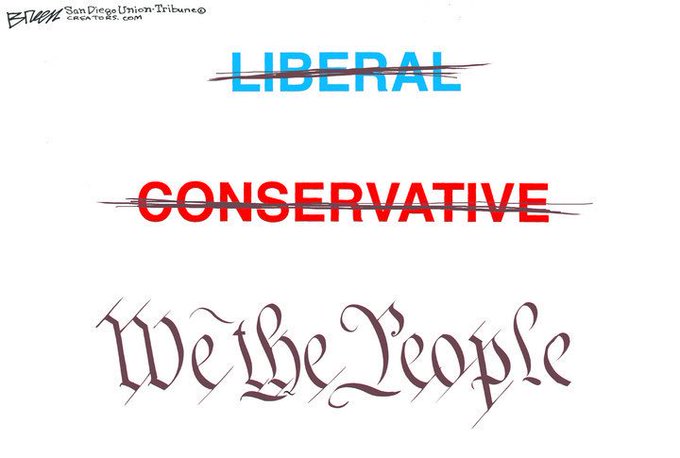 
70 people are talking about this


“Approximately 150,000 of our users have joined from Brazil after intense censorship by Silicon Valley during their ongoing Presidential election. We are also seeing explosive growth from India and Sweeden after a recent wave of censorship aimed at major influencers on the right,” said Torba.
The free-speech social media platform successfully raised $280,000 in 24 hours when the company offered users a chance to invest. “Our users can invest in the company, own stock, and join us on our journey to build the home of free speech online. This is also sending a powerful message to Silicon Valley: The People can fund, power, and build our own platforms, you will be replaced,” Torba stated.
Gab has unveiled a new version of its site to celebrate the holiday, which includes a wide variety of compatible mobile apps for Android and iPhone smartphones. Gab’s apps have previously been blocked on both platforms, with Apple banning their developer account altogether. Gab is innovating in a variety of technologies, including launching a privacy-based web browser named “Dissenter.”
3: Minds
The open social network Minds.com doesn’t just allow its users to remain anonymous but takes it a step further actively providing end-to-end encryption for all users ensuring that their identity is kept safe. Breitbart News interviewed Minds founder Bill Ottman who described the site and its aims stating:

Minds uses free and open source software to provide its community with complete transparency and control over social media decisions. Minds is also anonymous and encrypted end-to-end to protect user privacy. Minds users earn points just by using the app to spend boosting their content, and Minds users make money by exchanging cash for subscriptions and sharing content. In addition, Minds does not filter content and delivers 100% of subscribed content to all newsfeeds. Minds creators establish exclusive content available by paid subscription and generate revenue for fan engagement on the network. Minds maintains a free speech policy based on US law.

Ottman did warn that alt-tech would have to work to avoid the same pitfalls as major social media firms, stating:

Alternative technology platforms only have a chance if they don’t fall into the same traps as big social. These traps include politicization, centralization, proprietary software (closed-source), censorship, secrecy, surveillance, and lack of revenue sharing and cooperative infrastructure. Many alt-tech platforms also fall into some of these traps, so it isn’t as simple as putting us all into one bucket because we align on a single component.

Ottman stated that Minds aims to include “users from all across the political spectrum” and creat a space for “constructive dialogue.” Ottman added, “and thus far we have been successful in doing so.”
4: DuckDuckGo
Google is one of the biggest monopolies online, absolutely dominating certain areas such as Internet search. Using Google’s search product opens users up to tracking from a number of services and advertisers, as well as Google itself, not to mention Google’s bias and habit of blacklisting search terms. One of the best alternatives to Google’s search monopoly is DuckDuckGo, a search engine which promises never to track its users’ actions and values user privacy.
In August of 2018, DuckDuckGo received $10 million in funding from Canada’s Omers’ venture capital fund as people grew suspicious of Silicon Valley tech giants plagued by scandals.
“With one of the fastest growing user bases in the segment, DuckDuckGo’s search engine offers users the opportunity to benefit from high-quality search results, with total peace of mind that they can maintain their confidentiality and anonymity,” wrote the Omers in a blog post following the investment. “Over the last five years, issues of privacy and security in the digital world have become increasingly topical and controversial. In 2018, these concerns have risen to the forefront of public consciousness. Users are becoming more aware of their personal data and are increasingly concerned with protecting it.”
In October of 2018, the site reached 30,602,556 daily searches using the service, a huge milestone for the website. DuckDuckGo CEO Gabriel Weinberg wrote in an op-ed for CNBC: “To make any real progress in advancing data privacy this year, we have to start doing something about Google and Facebook. Not doing so would be like trying to lose weight without changing your diet. Simply ineffective. The impact these two companies have on our privacy cannot be understated.”
5: Signal
Instant messaging has continued to be largely dominated by Facebook, with the company’s Messenger app being one of the most popular, and its WhatsApp messenger extremely popular outside the U.S. But another independent app has attempted to enter the world of online messaging, this time focusing on keeping users safe and anonymous via end-to-end encryption. That app is Signal, a popular messaging app that has made privacy its main priority.
In 2018, Brian Acton, the co-founder of the now Facebook-owned messaging app WhatsApp, called on Internet users to delete the app following the recent user data scandal. After it was revealed that the user data of approximately 50 million Facebook accounts were allegedly compromised via a personality quiz, Facebook is now facing calls for regulation across the U.S. and UK, and a lawsuit from investors.
Acton tweeted at the time that users should “#DeleteFacebook”:

It is time. #deletefacebook


15.8K people are talking about this


Acton worked as an engineer and executive at Yahoo before co-founding WhatsApp in 2009, the app was purchased by Facebook in 2014 for the sum of €16.83 billion. Acton is now the head of the Signal Foundation, a direct competitor to WhatsApp despite WhatsApp using Signal’s open-source, end-to-end encryption technology for some time. Signal founder Moxie Marlinspike announced the launch of the Signal Foundation, which is a non-profit partly funded by Acton who has invested €44.29million in the foundation.
“Brian left WhatsApp and Facebook last year, and has been thinking about how to best focus his future time and energy on building nonprofit technology for public good,” Marlinspike said when launching the foundation. “The addition of Brian brings an incredibly talented engineer and visionary with decades of experience building successful products to our team.”
All of these alt-tech platforms are attempting to break up the online monopoly generated by the Masters of the Universe, this Fourth of July consider performing your own act of rebellion by supporting one of these independent platforms over the Silicon Valley elite.
Lucas Nolan is a reporter for Breitbart News covering issues of free speech and online censorship. Follow him on Twitter @LucasNolan or email him at lnolan@breitbart.com

Posted by The Mexican Invasion & Occupation at 10:00 AM