Former President Jimmy Carter suggested Friday that President Trump’s victory in 2016 was illegitimate due to Russian interference in the election.

During a panel discussion on human rights issues at the Carter Center conference, the former president contended that a proper investigation into the extent of Russian meddling would, in fact, reveal President Trump did not win the White House. 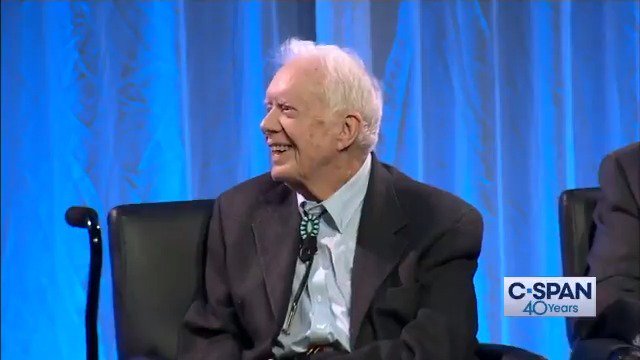 
“The president himself should condemn it,” Carter said when asked how the administration should deal with alleged election meddling. “Admit that it happened, which 16 intelligence agencies have already agreed to say.”
“There’s no doubt the Russians did interfere in the election and I think the interference, although not yet quantified, if fully investigated, will show that Trump didn’t actually win the election in 2016.”
“He lost the election and he was put into office because the Russians interfered on his behalf,” he added.
Carter was then asked if he believed President Trump illegitimately occupied the White House, he replied: “Based on what I said, which I can’t retract.”
Despite the two presidents’ policy differences, President Trump and Carter have shared a cordial relationship. Carter recently stated Trump was correct to not launch a military strike against Iran after a U.S. drone was shot down by the regime. The pair have previously discussed foreign policy issues such as North Korean denuclearization and trade with China.

Posted by The Mexican Invasion & Occupation at 4:16 PM