UNSTABLE JOE BIDEN REMINDS HIS AUDIENCE THAT HE IS A SERVANT OF THE OBOMB AND HIS CRONY BANKSTERS!

Former Vice president Joe Biden (D) suffered yet another mental glitch on the campaign trail in South Carolina, forgetting former President Barack Obama’s name and instead referring to him as “president my boss,” according to a video that surfaced Wednesday.

Donald Trump Jr. retweeted the video, which shows Biden referring to Obama as “president,” before pausing and adding “my boss,” seemingly due to a failure to recall his name: 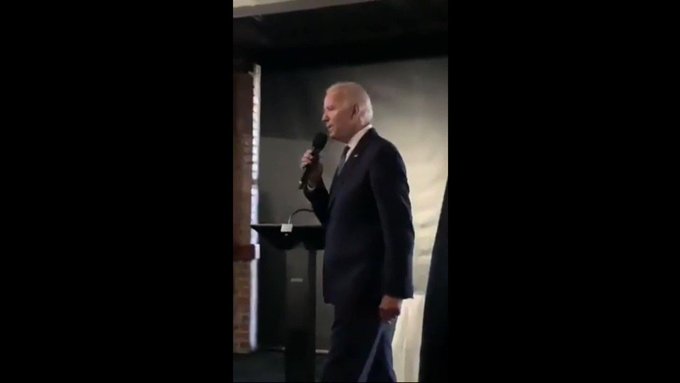 3,489 people are talking about this

720 people are talking about this


That was not the only bizarre moment Biden experienced on the campaign trail Wednesday. According to Breitbart News Senior Editor-at-Large Joel Pollak, Biden “appeared to forget his closing remarks at a town hall event” and grabbed a microphone, asking for 60 more seconds of speaking time as music played and supporters filed out of the room.
Volume 90%
As Breitbart News reported:

It was a bizarre moment in an otherwise successful town hall event that boasted roughly 300 supporters in attendance.
Biden spoke slowly and somberly at the beginning of the event. But he was more fluent, and sharper, in the question-and-answer session, walking around the room and engaging supporters who asked him about details of his policies.
In his introductory remarks, Biden praised the late Sen. Fritz Hollings (D-SC), a reformed segregationist, though he has been criticized by rivals in the past for praising segregationists and apologized for doing so in July.
He also repeated the false claim that President Donald Trump referred to neo-Nazis in Charlottesville, Virginia, as “very fine people” in August 2017 (in fact, Trump said they should be “condemned totally”).

Biden also made waves over the weekend after confusing New Hampshire with Vermont.
“I love this place. Look, what’s not to like about Vermont in terms of the beauty of it?” Biden remarked while standing in front of Lindy’s Diner in Keene, NH.
“And what a neat town, this is like a scenic, beautiful town. The mayor’s been a good guy, everybody has been really friendly. I like Keene a lot,” he added:

Biden talks w/press in Keene, NH: "I love this place. Look, what’s not to like about Vermont in terms of the beauty of it? And what a neat town...everybody has been really friendly. I like Keene a lot." 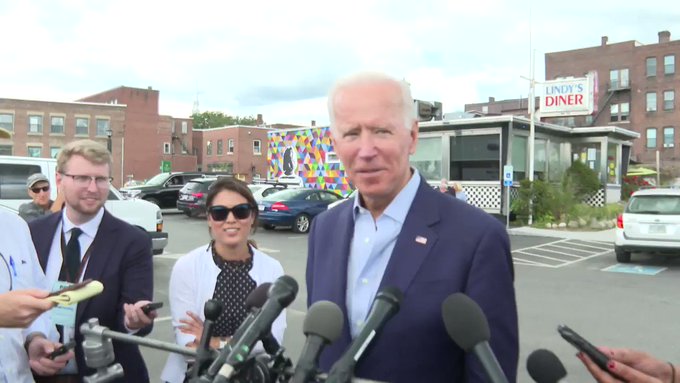 619 people are talking about this

Posted by The Mexican Invasion & Occupation at 1:38 PM No comments: