HOW FUCK UP TRUMP NEARLY BLEW THE BAGHDADI RAID 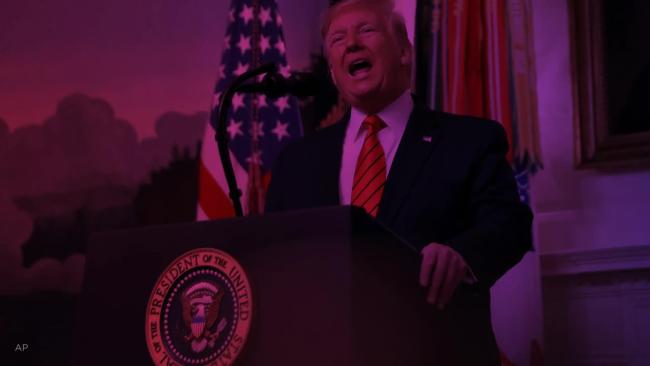 Scroll back up to restore default view.

LOOMING AMERICAN HEALTH CARE DOOM AS DEMOCRATS PROMISE 40 MILLION ILLEGALS "FREE" HEALTHCARE IF THEY KEEP VOTING DEMOCRAT FOR MORE - "In the next two decades, should the country’s legal immigration policy go unchanged, the U.S. is set to import about 15 million new foreign-born voters. About eight million of these new foreign-born voters will have arrived through the process known as “chain migration,” whereby newly naturalized citizens are allowed to bring an unlimited number of foreign relatives to the country."

Providing free, American taxpayer-funded healthcare to all illegal aliens is just the latest effort to use mass immigration to turn the United States into the sanctuary state of California, Rep. Mo Brooks (R-AL) says.

Health Care Doom on the Horizon

It Pays to be Illegal in California

It certainly is a good time to be an illegal alien in California. Democratic State Sen. Ricardo Lara last week pitched a bill to permit illegal immigrants to serve on all state and local boards and commissions. This week, lawmakers unveiled a $1 billion health care plan that would include spending $250 million to extend health care coverage to all illegal alien adults.
“Currently, undocumented adults are explicitly and unjustly locked out of healthcare due to their immigration status. In a matter of weeks, California legislators will have a decisive opportunity to reverse that cruel and counterproductive fact,” Assemblyman Joaquin Arambula said in Monday’s Sacramento Bee.
His legislation, Assembly Bill 2965, would give as many as 114,000 uninsured illegal aliens access to Medi-Cal programs. A companion bill has been sponsored by State Sen. Richard Lara.
But that could just be a drop in the bucket. The Democrats’ plan covers more than 100,000 illegal aliens with annual incomes bless than $25,000, however an estimated 1.3 million might be eligible based on their earnings.
In addition, it is estimated that 20 percent of those living in California illegally are uninsured – the $250 million covers just 11 percent.
So, will politicians soon be asking California taxpayers once again to dip into their pockets to pay for the remaining 9 percent?
Before they ask for more, Democrats have to win the approval of Gov. Jerry Brown, who cautioned against spending away the state’s surplus when he introduced his $190 billion budget proposal in January.
Given Brown’s openness to expanding Medi-Cal expansions in recent years, not to mention his proclivity for blindly supporting any measure benefitting lawbreaking immigrants, the latest fiscal irresponsibility may win approval.
And if he takes a pass, the two Democrats most likely to succeed Brown – Lt. Gov. Gavin Newsom and former Los Angeles Mayor Antonio Villaraigosa – favor excessive social spending and are actively courting illegal immigrant support.

COST to AMERICANS of the LA RAZA MEXICAN OCCUPATION in CALIFORNIA ALONE: $2,370 per legal.

All that “cheap” labor is staggeringly expensive!
http://mexicanoccupation.blogspot.com/2014/06/cost-to-americans-of-la-raza-mexican.html

"Most Californians, who have seen their taxes increase while public services deteriorate, already know the impact that mass illegal immigration is having on their communities, but even they may be shocked when they learn just how much of a drain illegal immigration has become." FAIR President Dan Stein.

Californians bear an enormous fiscal burden as a result of an illegal alien population estimated at almost 3 million residents. The annual expenditure of state and local tax dollars on services for that population is $25.3 billion. That total amounts to a yearly burden of about $2,370 for a household headed by a U.S. citizen.

Providing free, American taxpayer-funded healthcare to all illegal aliens is just the latest effort to use mass immigration to turn the United States into the sanctuary state of California, Rep. Mo Brooks (R-AL) says.

As Breitbart News reported, the majority of 2020 Democrat presidential candidates have endorsed a plan to force taxpayers to pay for free healthcare for all 11 to 22 million illegal aliens living across the country. The plan would cost taxpayers at least $660 billion a decade.
Brooks told SiriusXM Patriot’s Breitbart News Tonight that Democrats’ “primary motivation” behind offering healthcare to illegal aliens is not compassion, but rather an effort to transform the U.S. into the state of California through mass illegal and legal immigration.
LISTEN:
Brooks said:
The motivation for all for this is even worse. They don’t have compassion for these illegal aliens. That’s not their primary motivation. Their primary motivation is the desire to acquire raw political power. That’s what it’s all about. [Emphasis added]
If you limit votes to American citizens, Democrats do not fair to well with us. So what they’re trying to do is import people who do not understand the foundational principles that have combined to make America a great nation and who … are much more likely to vote Democrat once Democrats give them voting rights. [Emphasis added]
Brooks detailed how California, the state where former President Ronald Reagan was governor, has been forever changed due to the country’s mass illegal and legal immigration policy that imports about 1.5 million foreign nationals a year.
“Let’s learn from history. California used to be a purple state. Remember, Ronald Reagan came from there … the Democrats have flooded California with noncitizens,” Brooks said. “And why do noncitizens vote Democrat so often? Well, let’s look at illegal aliens. The data shows that 70 percent of households that have an illegal alien in them are on welfare. The data shows that 60 percent of households that have a lawful immigrant in them are on welfare. So, you’ve got three different themes that the Democrat Party now relies on: One is racism, two is sexism, and three is socialism.”
“In California, what used to be a purple state, now out of 53 congressional seats, only seven are Republican … 46 are Democrat and seven are Republican,” Brooks said. “So they have seen how that strategy of importation of foreign voters has worked in California. They’re trying to do it in Texas, Nevada, New Mexico, Arizona, in every state where they can possibly do it. They want to flood the voting booths with people who are dependent on welfare and who do not understand the principles that have made us a great nation. That’s how they change the voter pool and they’re doing it successfully.”
Health insurance expert Linda Blumberg told the New York Times that any of the Democrats’ plans that offer free health care to illegal aliens is could likely to drive a mass migration of foreigners with “serious health problems to enter the country or remain longer than their visas allow in order to get government-funded care.”
Likely U.S. voters, by a majority, said they oppose being forced to pay for the healthcare of millions of illegal aliens living in the country, as Breitbart News reported. The latest Rasmussen Reports poll found that 55 percent of voters said they opposed such a plan, including 8-in-10 Republican voters, about 6-in-10 swing voters, and 62 percent of middle-class voters.
In the next two decades, should the country’s legal immigration policy go unchanged, the U.S. is set to import about 15 million new foreign-born voters. About eight million of these new foreign-born voters will have arrived through the process known as “chain migration,” whereby newly naturalized citizens are allowed to bring an unlimited number of foreign relatives to the country.
John Binder is a reporter for Breitbart News. Follow him on Twitter at @JxhnBinder.

Posted by The Mexican Invasion & Occupation at 9:42 AM No comments: Links to this post