The economics director at President George W. Bush’s advocacy center slammed President Donald Trump’s popular, pro-American immigration policy.
The May 1 slam came just before Bush posted a May 2 video urging national unity in the coronavirus crash that has pushed more than 25 million Americans out of jobs.
“The most important thing to remember in this is that we don’t want [Trump’s] temporary policy to become permanent immigration policy,” economic director Laura Collins said a video posted on the center’s Twitter account. She continued:

Trump’s April 22 immigration policy says the economic needs of American employees are more important than the immigration preferences of foreigners. His policy temporarily trims the annual inflow of legal immigrants and directs agencies to review visa worker programs in 30 days.
Polls show the public — including recent immigrants — is overwhelmingly aligned with Trump in prioritizing jobs for Americans over welcomes for legal immigrants.
The visa worker programs targeted by Trump are extremely important to the Fortune 500. In response, the companies’ lobbyists and progressives allies have quickly launched a hard-nosed lobbying campaign and a soft-focus PR campaign to protect the programs and mass migration.
The Bush center has joined the #AllofUS campaign.

Immigrants and native-born Americans have always been on the same team driving American innovation and economic growth. It will take #AllOfUS, working together, to restore the United States. https://thehill.com/changing-america/respect/diversity-inclusion/495352-jose-andres-naacp-and-others-launch-pro …

The campaign made a six-figure ad buy for its launch.
thehill.com

396 people are talking about this

.@LVTCollins explains how it will take #AllOfUs, immigrants and native-born Americans, to defeat COVID-19. And once our nation emerges from quarantine, it will take all of us working together to restart our economy. 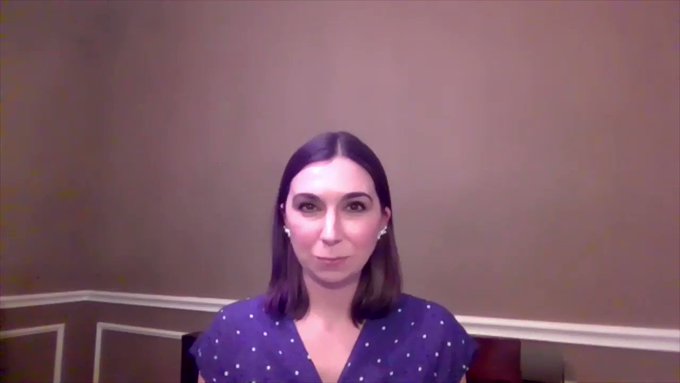 
“The stated objectives of this executive order were to preserve medical supplies in a pandemic for American immigrants already here and to preserve job openings in any recovery for American workers that can be first in line,” Collins said her video posted May 1.
She continued:

Unfortunately, this executive order is not going to accomplish either of those objectives.
First of all, the virus affects all of us equally. It doesn’t care who we are, or where we’re from. Current travel restrictions and quarantine protocols in place, protect us from viral spread regardless of where we’re from. And so there’s not really a need to prevent more people from coming in in terms of slowing down viral spread. We know the virus is here and it’s spreading. And what we’re doing is working.

However, Collins’ main focus is the economic worry that Trump’s reform may permanently reduce the unending inflow of foreign workers, consumers, and renters preferred by CEOs and investors. She said:

We know immigrants are good for the economy. We know immigrants don’t compete with native-born Americans for jobs. And we know that before the pandemic, there were millions of unfilled jobs in the United States.
If we assume that in any recovery, all those jobs come back, every American that wants a job will have the ability to fill the jobs that were there. We’re still going to have shortages and we’re going to need immigrants there to help fill those jobs.
We simply don’t have a labor force at full employment, big enough to fill all the jobs in the economy.

Immigrants — like the birth of Americans’ children — help grow the economy. They expand the labor force, boost retail sales, spike real estate values, fuel the stock market, and expand the number of companies. A growing economy can be good for all — but it is especially good for wealthy people who can invest in company stocks.
Yet every annual wave of immigrants also causes much economic harm to the roughly 220 million Americans (and recent legal immigrants) who work for a living, or who are educating themselves to take jobs in a few years.
Every new wave of legal immigrants and illegal migrants competes for existing jobs and force down Americans’ wages. The arrivals also expand poverty, reduce pressure on investors to buy productivity-boosting machines, drive up the price of good housing, and add congestion to K-12 schools and universities.
Immigrants, and especially visa workers, also push Americans out of careers and technological research, and they distort Americans’ politics by expanding cultural diversity and identity politics.
Over the last 30 years, since George Bush’s father signed a 1990 bill roughly doubling immigration, the government’s massive inflow of immigrants has kept Americans wages almost flat (until 2018) and so has turbocharged the U.S. stock market.
The establishment’s immigration policy has worked with free trade to shift much wealth from middle-class employees and the heartland states towards the stock market and the major coastal cities.
Trump was elected in 2016 to help reverse the establishment’s economic policy.
Since  2017, he has mostly stopped illegal migration, and he pushed wages up for blue-collars in 2018 and 2019. He has also trimmed legal immigration, and his April 22 policy sets the stage for incremental, significant reductions in the visa worker programs, such as the little-known B-1 and OPT visa programs.
Business lobbies strongly oppose reductions in immigration and visa workers.

'All of Us Care' Billionaires Defend Migration Using Christianity, Patriotism

90 people are talking about this


Collins’ pro-migration views reflect George W. Bush’s pro-business leaning and his 2001 push to allow U.S. employers to bypass Americans and instead hire any willing workers from anywhere on the globe. The 2001 Twin Towers attack stopped Bush’s “Any Willing Worker” plan.
Collins insisted, “We know immigrants don’t compete with native-born Americans for jobs.”
But the Center for Immigration Studies reported in August 2018:

If immigrants “do jobs that Americans won’t do”, we should be able to identify occupations in which the workers are nearly all foreign-born. However, among the 474 separate occupations defined by the Department of Commerce, we find only a handful of majority-immigrant occupations, and none completely dominated by immigrants (legal or illegal). Furthermore, in none of the 474 occupations do illegal immigrants constitute a majority of workers.

For example, companies provide the reward of green cards to roughly 50,000 foreign visa-workers each year after those foreign workers have taken technology jobs from Americans via the H-1B and other visa programs.

Business groups warn the Trump administration: 'Extend work permits for our foreign visa-workers or we'll have "hundreds and thousands" of open jobs for unemployed American voters.'#H1Bhttps://bit.ly/2YlijWd

The government will open "hundreds and thousands" of jobs to Americans if it won't extend permits for foreigners, say Fortune 500 companies.
breitbart.com

95 people are talking about this

Posted by The Mexican Invasion & Occupation at 4:38 PM No comments: